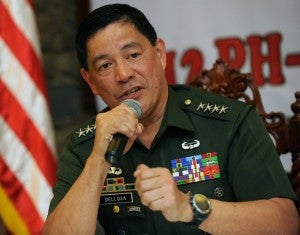 Customs Deputy Commissioner for Intelligence Jessie Dellosa has questioned the sudden and unexplained transfer of the head of the Bureau of Customs (BOC) Investigation Division to the controversial Customs Policy Research Office (CPRO), the so-called “freezer” at the Department of Finance (DOF) head office.

Dellosa said the sudden transfer of Peralta, whom he noted has his trust and confidence, “caught the Intelligence Group (IG) by surprise as no prior consultation or comment was sought” from his office by Lina.

“As such, this office was not able to foresee the need for the proper transition of cases, especially [since] attorney Peralta is the chief of the Investigation Division which has direct involvement and supervision over several ongoing cases of the Bureau of Customs,” he said.

The cases include the alleged diversion to the local market of smuggled “ukay-ukay” (used clothing) shipments involving an undisclosed number of Customs personnel, he said.

In his memo, a copy of which was obtained by the Inquirer, Dellosa said the IG was “gravely concerned that the transfer of the agency’s lead investigator will impede the investigation of sensitive cases, as well as cast doubts on the integrity of our reform efforts to determine fraud and impose accountability.”

“The ongoing probes conducted by the Investigation Division will be derailed and will affect the commitment of the IG in resolving big and sensitive cases,” he said as he cited Peralta for his “dedication, objectivity and commitment” to public service.

The lawyer’s detail to the CPRO was ordered by Lina on April 24, the day after he was named head of the DOF-attached agency by President Aquino.

In the CPO, Lina did not say why Peralta was moved to the CPRO, supposedly the Customs “think tank.”

Instead, he cited Section 3 of Executive Order No. 140 (Series of 2013), which provides that “the CPRO shall be composed of its organic personnel, augmented and reinforced by personnel from both the DOF, as well as those detailed or seconded from other government agencies.”

Peralta’s transfer to the CPRO was approved by Finance Secretary Cesar Purisima.

“I did not transfer him. It was recommended, but I was just the one who signed it,” Lina said in an interview. He did not say who made the recommendation.

He explained that signing the CPO “was a follow through of what was given to me.”

Sought for comment, Lina said he has not received any memo or letter from Dellosa concerning Peralta’s transfer to the CPRO. With a report from Tina G. Santos

No room for corruption in Customs–Dellosa