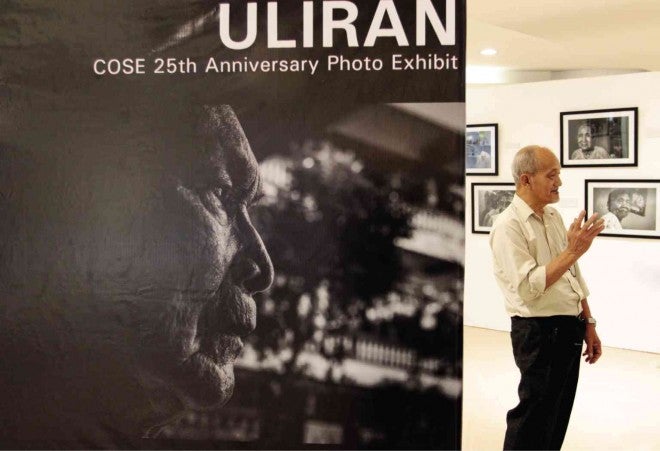 Crispulo Milgrino heads the Pinagsamang Lakas at Karunungan ng Nakatatanda, an organization in Quezon City composed of senior citizens eager to prove that despite their age, they remain productive members of the community. Milgrino was one of 25 Coalition of Services of the Elderly leaders featured in an exhibit in February. KIMBERLY DELA CRUZ

Senior citizens in poverty-stricken communities across the country are trying to stand tall despite their aching knees.

Empowered and eager to prove that old people could still be productive, determined volunteers of the Coalition of Services of the Elderly (Cose) are showing that age is but a number.

“We have to be united so that we can have a louder voice in our community. If not, others would think we are a burden to society. But if we’re united, we become a resource,” said 70-year-old Crispulo Milgrino, a former salesman and now president of Cose’s pilot organization in Quezon City, the Pinagsamang Lakas at Karunungan ng Nakatatanda (Pilkan).

There was the “Lolo and Lola Valentine” pageant in February, a fund raiser for their community organization. This month, they plan to go on a family beach outing in Bataan.

And that’s on top of regular meetings for their campaign for their rights and welfare—from affordable medicine and access to health care to stable income and reliable livelihood for the elderly who, despite their age, still serve as the head of their families.

It also maintains a mutual fund, mostly providing assistance to families of members when they pass on. Such is key for an organization that considers steady attrition a reality—one aspect of the job that Milgrino could talk about with a bit of levity. 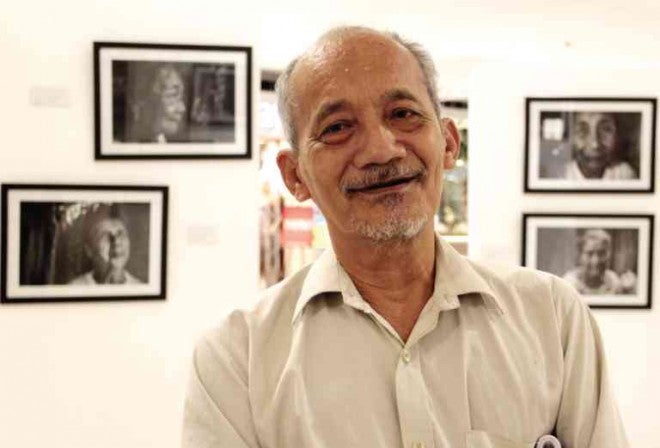 “We have to be united so that we can have a louder voice in our community,” says Milgrino of the importance of senior citizens like him presenting a united front to government as they push for more social services to be made available to the elderly. KIMBERLY DELA CRUZ

“We lose members but every month, we have new recruits for orientation,” said Milgrino with a wide smile, the deep lines on his face showing.

It’s a peculiar yet ingenuous approach: the elderly for the elderly, returning to them the power over their lives and the confidence that they still have it, even in their “sunset” years.

“That’s the key there: helping each other out,” said Milgrino, who attends to his duties as Pilkan head while taking care of his family composed of his wife and one of his four children, a widow with two differently-abled children.

This setup—a grandfather still standing as the provider for his family and even grandchildren—is not uncommon in the country’s underprivileged communities, said Cose project coordinator Aura Sevilla who, at age 27, fully understands the urgency to expand social services for the aged.

“This organization is important because it allows us to be united to fight for our rights so that we will not be neglected in society and have representation in our LGUs (local government units),” she said, adding that among Cose’s aims were to lobby for elderly-related programs before the Quezon City government.

Cose was established in 1989 upon the initiative of HelpAge International, a nongovernment organization advocating elderly rights which runs development centers in London and Brussels and operates in 65 countries around the world.

The Philippine group currently has 30,000 volunteers in some 362 grassroots organizations it established across the country over the last 25 years, providing financial, management and campaigns training for the target communities.

“This is our way of seeing how, after 25 years, the disposition of our seniors has changed, especially those who have always felt that they are just recipients of aid,” Sevilla said.

“We will all grow old,” said the Cose coordinator who described her current job as “working for the future.”

She cited how the fast-paced times have left out senior citizens, with the Filipino family tradition of respect and reverence for the elderly threatened by technology and even the portrayal of the elderly as “weak and useless” in pop culture.

“Aging is a very important phase of our lives. We should all be a part of this journey and we should be enriched by the fact that there are senior citizens who are still willing to serve,” Sevilla told the Inquirer.

She said much of the work of Cose’s current roster of volunteers is for the future generation of elderly Filipinos.

As Milgrino put it: “My work gives me the inspiration to become a better leader, to develop our second-liners.”

There are an estimated 6.2 million senior citizens in the Philippines, representing 6.8 percent of the total population. But with longer life expectancy and the dropping fertility rate, the number is expected to reach 14.3 million by the year 2040, making up 13.8 percent of the population, according to Cose figures.

This trend shows the importance of empowering senior citizens and pushing for institutionalized programs to support aging, said Sevilla.

“They (the elderly in rural and urban poor communities) used to feel like they are just receiving benefits from the government, that they’re just waiting for whatever dole out the government gives,” she added.

“Now, more older persons are being more active. You see that they have self-worth,” Sevilla said.

Cose has successfully lobbied for the institutionalization of a social pension in the country, a noncontributory system that provides a P500 monthly allowance for underprivileged elders.

First implemented in 2011, the system provided monthly support for some 439,000 senior citizens in 2014. The figure is expected to be more than double this year, with enough funding to provide pensions to 939,000 seniors.

It has also succeeded in pushing for universal health coverage for the elderly through PhilHealth.

Currently, Cose is working with lawmakers for the passage of a bill against elderly abuse. Several are currently pending in the House of Representatives.

“Elderly abuse is a hidden problem… The number one perpetrators of these are family members, and they are not reported,” said Sevilla.

The coalition is also calling for the establishment of a special commission for senior citizens.

“If there is [one for] women and persons with disabilities, there should also be one for seniors. Because if the sector does not have its own agency, the concerns of the elderly are given the runaround,” said Sevilla.