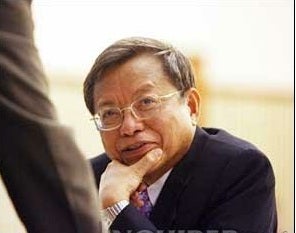 LEGAZPI CITY, Philippines—Former Chief Justice Reynato Puno on Friday warned of the “darkness” threatening the democratic foundations of the country.

“A government run only by a few is a democratic failure as there is the exclusivity of the elite to govern the country,” said Puno, who keynoted the Freemason’s annual convention that opened Ibalong Centrum and Recreation (ICR) here on Friday.

There is an “unprecedented” income inequality in the country where, of 17 million families, only 100 families control and rule the country’s politics and economy, said Puno, quoting a study by business editor and publisher Antonio Lopez.

Puno, who is a past Mason Grand Master (the head of the Masonic Lodge in the Philippines), urged the 6,000 delegates to the three-day convention, called the “99th Annual Communication (AnCom) of the Most Worshipful Grand Lodge of the Free and Accepted Masons of the Philippines,” to help bring back the moral foundations of democracy by addressing the issues of corruption, electoral reforms and genuine autonomy for local governments.

The fraternal organization known as Freemasonry is thought to have developed from the stonemasons’ guilds of the Middle Ages which, over the centuries, has grown into a worldwide movement promoting fraternity and good works, and espousing various moral and religious doctrines.

According to Puno, in the past 50 years the country was ruled by presidents coming from seven families. These were: two Macapagals (Diosdado Macapagal and daughter Gloria Macapagal-Arroyo), two Aquinos (Corazon Cojuangco Aquino and the incumbent, President Aquino), two cousins (referring to Ferdinand Marcos and Fidel Ramos), and a movie actor (now Manila City Mayor Joseph Estrada), who was ousted and convicted of plunder.

Still quoting from the Lopez study, Puno said the economy is served by 36 commercial banks but only four families control more than 60 percent of the P7-trillion resources of the entire commercial banking industry.

The study also indicated that only 10 families own 60 percent of the P10-trillion combined capitalization of some 300 business companies in the country, he said.

Puno said such a business environment fosters a “state of despotism” that aims to preserve the monopoly of the few, “thus following a theory of government of the few, by the few and for the few.”

He also noted how the present electoral system becomes vulnerable to force and fraud from political leaders who seek power by establishing “political dynasties.”

“We can’t live a full democracy with this kind of system,” where governments have failed to put a stop to political dynasties, he said.

Such a system “relentlessly amasses resources” from the people’s coffers to benefit members of the family and loyal political allies, he said.