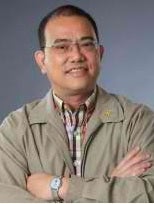 MANILA, Philippines—Agrarian Secretary Virgilio de los Reyes said the Department of Agrarian Reform (DAR) could complete within the year the P12 billion worth of projects funded by two foreign grants, which state auditors found mostly unfinished as of 2013 even if most of the funds for it had been released.

De los Reyes claimed that in the year since the Commission on Audit (COA) investigation in 2013, the DAR was able to speed up project implementation.

He said the DAR was able to do this by prodding the Department of Public Works and Highways (DPWH) and the National Irrigation Administration (NIA) and by relaxing required counterpart resources from local government units (LGUs).

“We worked double time since then,” De los Reyes told the Inquirer over the phone on Thursday.

The Agrarian Reform Communities Project 2 (ARCP 2) funded by the Asian Development Bank and the Organization of the Petroleum Exporting Countries has a physical accomplishment of 76 percent, he said.

The projects consist of rural infrastructure meant to help farmer-beneficiaries of agrarian reform in their livelihood.

In a report released on Tuesday, the COA said the DAR had already spent P7.76 billion out of the P8 billion appropriation for Arisp but only 42 percent of the infrastructure projects had been completed as of 2013.

The COA doubted whether the target projects could be completed by deadline.

In the case of the ARCP, state auditors found that the DAR had used up P3.6 billion out of its P4.8-billion allocation but only 2.25 percent of the projects had been completed.

De los Reyes blamed the delay in the implementation of Arisp on the DPWH and NIA, to which the funds had been released.

“In 2012, we talked to the DPWH and NIA since they would be the ones who will build” the roads and bridges, and the irrigation projects, he said.

As the lead agency, [the] “DAR’s role is [to] identify the sites for the project plus the enterprise development,” the agrarian reform secretary said.

For the ARCP, he blamed the delay on the difficulty of municipalities, especially the poorer ones, to shoulder half the cost of the project, as required by the Department of Finance under the original terms of the loan.

De los Reyes said the DAR had to revise this loan provision and in 2012 brought down the equity to 10 percent.

He said the department also had to hire accountants to assist LGUs in reporting accomplishments and fund disbursements so they could avail themselves of the next tranche of funds.

The funds that had been disbursed so far were used by DAR personnel for enterprise development and for subdividing the collective certificate of land ownership awards (CLOAs), he added.

“While it is true that there have been delays in the implementation of the three foreign-assisted projects as pointed out in the COA 2013 audit report, the [the DAR] had already taken steps to address these,” De los Reyes said in a statement.

The third project he referred to was the P2.5-billion Italian government-assisted Agrarian Reform Community Development Support Project in Mindanao.

The COA reported that as of December 2013, none of the target farm-to-market roads and bridges and other infrastructure projects had been completed despite the release of P20.7 million for the project since April 2011.

De los Reyes said while the loan was signed in 2011, it took effect only in August 2013. He blamed the delay in the implementation on the change in the Italian government’s technical adviser as well as the delay in hiring consultants.

De los Reyes also attributed the delay in the implementation of the Jica-assisted Mindanao Sustainable Agrarian Assistance Development Project (Minsaad) to the hiring of engineering consultants.

He said their public bidding for consultancy services for Minsaad had already failed twice.