BULUAN, Maguindanao—The Provincial Peace and Order Council (PPOC) of Maguindanao has urged the military to completely end the offensive in the province “to pave the way for the safe return of the evacuees and for the full implementation of rehabilitation efforts.” 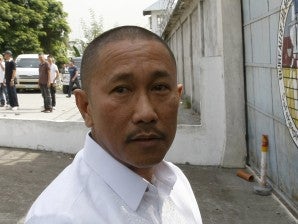 The PPOC, chaired by Gov. Esmael Mangudadatu, said in the resolution following its meeting on Tuesday that normalcy would not be achieved unless the combat operations against the Bangsamoro Islamic Freedom Fighters (BIFF) were completely halted.

The Humanitarian Emergency Action and Response Team (HEART) of the Autonomous Region in Muslim Mindanao (ARMM) said some of the over 120,000 individuals displaced by the military offensives have returned home but the majority was still apprehensive about resettling in their villages.

The Maguindanao social welfare office said based on its monitoring, about half of the number of evacuees had already resettled but confirmed that many of the internally displaced persons continue to live in evacuation centers across 15 towns.

“We are coordinating with the LGUs, the AFP and PNP to determine which areas are already safe for the IDPs to return to,” said lawyer Laisa Alamia, ARMM executive secretary and HEART chair.

Mangudadatu said the return of all villagers to their communities also meant that assistance for their economic recovery can be effectively delivered.

The militant group, Suara Bangsamoro, said the military has lied when it announced on March 30 that the all-out war has ended.

Jerome Succor Aba, national spokesperson of Suara Bangsamoro, said based on their monitoring, the military operations, “including pursuit operations using ground and air (strikes), continued in the second district of Maguindanao posing danger to civilian communities.”

He said just a day after the military announced that it wrapped up the all-out offensives, “bombs and sounds of rifles could be heard in Barangay Malangog of Datu Unsay Ampatuan municipality and Barangay Kitango of Datu Saudi Ampatuan.”

He said on April 5, soldiers from the Mechanized Brigade of the Philippine Army burned to the ground two mosques and 32 houses of Maguindanaoan residents in the said village and even left a V90 artillery (that looked like a bazooka) in one of the mosques” in Barangay Binangga in Talayan town.

Aba also urged the Commission on Human Rights (CHR) and the Department of Justice (DOJ) to look into the reported human rights violations brought about by the all-out offensives. RC