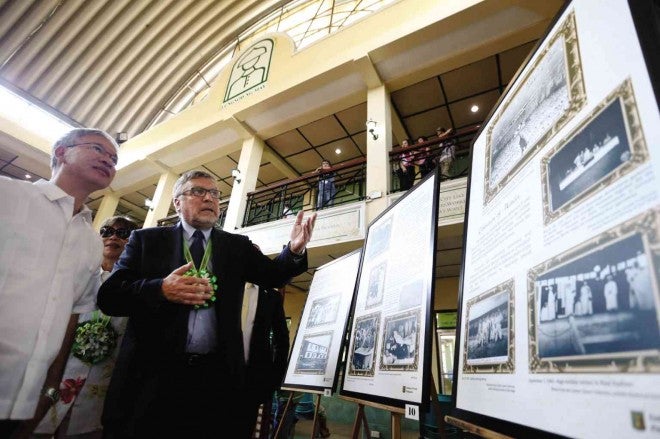 Unknown to many Marikina residents, their city has a special place in the story of the Jewish people during World War II.

Before the war reached the Pacific, refugees fleeing the Holocaust were welcomed by the Philippine Commonwealth government and given safe haven in a site now bordered by Katipunan Avenue and Aurora Boulevard.

Their housing community was under Marikina’s jurisdiction up to the early 1940s before it was made part of Quezon City, according to Marikina tourism and cultural affairs head Poncianito Santos Jr.

The land was also part of the private estate of then President Manuel L. Quezon, whose “Open Doors” policy paved the way for the issuance of Philippine visas to Jews escaping the Nazi genocide in Europe.

This chapter in the city and the country’s history is being remembered this week through a photo exhibit as part of Marikina’s 385th founding anniversary celebration. 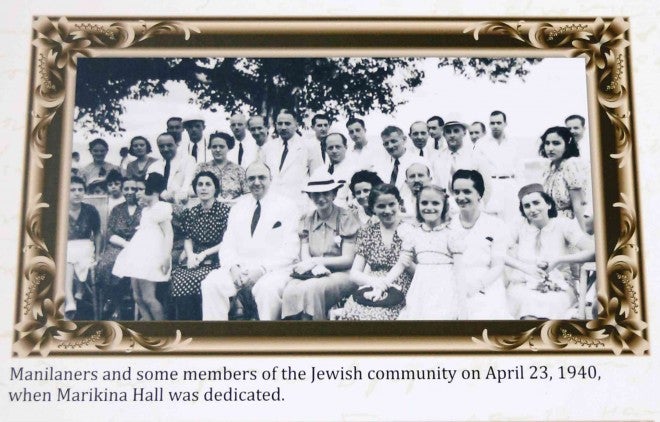 SAVED BY PH VISA Fleeing the Holocaust, about 1,300 Jews from Europe made it to the Philippines and were given refuge by then President Manuel L.Quezon. PHOTOS COURTESY OF THE EMBASSY OF ISRAEL

Israel Ambassador Ephraim Ben Matityau said that by welcoming a persecuted people, “the Philippines in many ways earned a moral victory which could be the highlight of your national pride.

“In relation to what others did, you did the opposite in very difficult conditions. It was not easy to (have) an open heart and an open door in those days,” Matityau said at the opening of exhibit held at City Hall.

In the literature it provided for the occasion, the Israeli Embassy recalled how the Jewish people “suffered the full ferocity of the culture of hate and racial supremacy exercised by so many of the so-called Enlightened Nations. With danger to their lives in Europe looming, [they] looked for a beacon of hope to escape certain death, but shelter was hard to be found and hearts, like doors, were shut.”

“In all that darkness, a ray of hope came unexpectedly from a remote place of the world—the Philippines,” it said.

It quoted Quezon as saying: “It is my hope, and indeed my expectation, that the people of the Philippines will have in the future every reason to be glad that when the time of need came, their country was glad to extend to a persecuted people, a hand of welcome.”

The wartime President was most moved by stories of “Jewish suffering” as relayed to him by the Freiders, five Jewish brothers from the United States who had put up a successful tobacco business in Manila, the embassy said. “(He) decided that it was his moral obligation to open the doors of the Philippines to those people in need.” 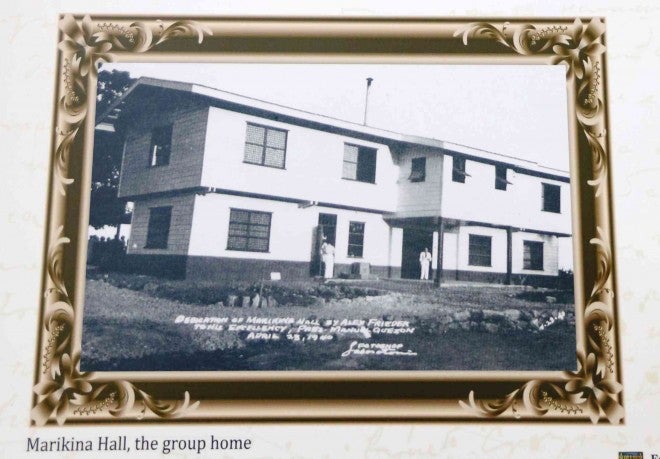 The Marikina Hall was built for their use on his private estate.

Before the Japanese invasion, they briefly savored the peace and managed to engage in farming while using a building on the Quezon property called Marikina Hall, Santos said.

Some 250 Jews from Marikina were later rounded up and moved by the Japanese to the University of Santo Tomas internment camp for foreign civilians, while an undetermined number were scattered in the war-torn metropolis, caught in the crossfire and left to fend for themselves, said Jeffrey Yap, cultural officer of the Israeli Embassy.

Marikina Hall did not survive the bombing during Liberation. After the war, Santos said, the Jews gradually left the country, some for the US or Australia, others settling in what would later become the state of Israel.

The site of their housing community now hosts the Quezon City campus of the Philippine School of Business Administration.

In 2007, a monument honoring the Filipino people and commemorating Quezon’s Open Doors policy was unveiled at the Holocaust Memorial Park in the Israeli city of Rishon LeZion.

This week, through old, black-and-white photos of the refugees, the Jewish people’s gratitude also reached Marikeños.

With this aspect of Marikina’s ties with Israel being highlighted only now, Yap said the embassy and the local tourism office are now working to find out if there were Jewish refugees who had stayed much longer in Marikina and even managed to raise a family here.

Plans are also underway to put a historical marker on the site where Marikina Hall once stood, Yap said, to celebrate “the Filipino-Jewish bond during mankind’s most trying times.”