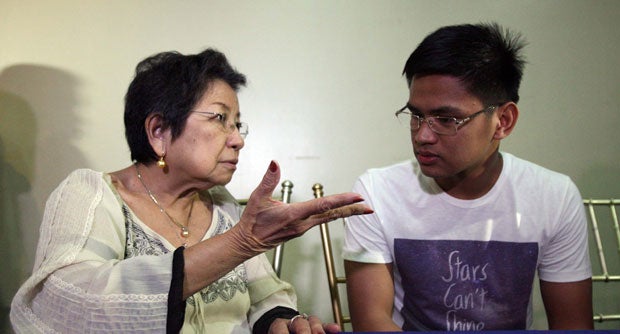 BAGUIO CITY, Philippines—He may never be called “general” but “pañero” wouldn’t be too bad.

Ruling en banc, the high court affirmed its Feb. 24 decision upholding the PMA decision to dismiss Cudia, supposedly among the topnotchers of “Siklab Diwa” Class of 2014, for lying about being late to a class.

The high tribunal released its decision during its summer session in this cool mountain city, ending Cudia’s fight in court.

In its Feb. 24 decision, the Supreme Court ruled unanimously that Cudia was guilty of “quibbling,” and threw out his petition for certiorari, prohibition and mandamus against the PMA decision.

It did not buy the cadet’s defense that he arrived two minutes late to his next class because he was dismissed late from the prior class.

The court further ruled the PMA was right in imposing the penalty of dismissal on Cudia for the violation.

It said Cudia was accorded due process, contrary to his claim. The court likewise upheld the PMA’s academic freedom, including its right to impose disciplinary sanctions against offending cadets.

With military service shut to Cudia, the practice of law may well beckon after he passed the University of the Philippines’ Law Aptitude Examination (LAE).

The list of those who passed the LAE was released last week and it included Cudia, which was confirmed by his lawyer, Public Attorney’s Office chief Persida Acosta.

Acosta said in earlier interviews Cudia was allowed to take the LAE even without a college degree after he submitted a transcript of academic records that indicated he was on academic leave.

She said Cudia’s admission to UP Law was “provisional.”

CHR: PMA Cadet Cudia not guilty of lying, should be granted diploma