Even military does not know Iqbal's real name—Catapang | Inquirer News

Even military does not know Iqbal’s real name—Catapang 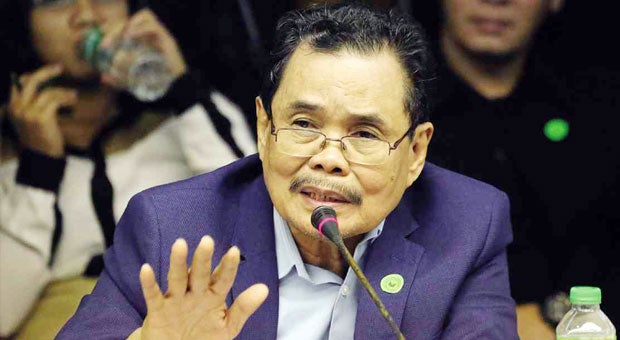 During the resumption of the hearings on the proposed Bangsamoro Basic Law (BBL) in the Senate, Catapang said the military did not have any record of Iqbal’s real name in spite of  Iqbal engaging in peace talks with the government for 15 years.

“To my knowledge, we don’t know the real name of Iqbal,” Catapang said.

Iqbal has admitted that he had been using an alias — a nom de guerre — all along.

Senator Francis Escudero found it odd that the military never found out Iqbal’s real name in the four decades of the Moro rebellion.

“Sa 42 years na pakikipaglaban ng Moro rebels sa Mindanao, the AFP never thought it is relevant to find out the real name of the leader of the revolutionary group?” Escudero said.

Iqbal is accused of using different names in his passports especially after the Bureau of Immigration said the name “Mohagher Iqbal” was not in its records.

Speculations are also rife that Iqbal is a Malasyian, an allegation that Iqbal has denied.

The peace panel and even Justice Secretary Leila De Lima have said Iqbal’s use of an alias does not invalidate the peace deal documents. CC