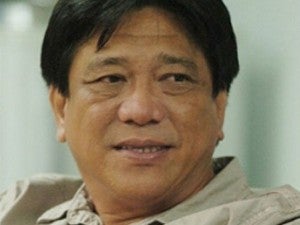 COTABATO CITY – Agriculture Secretary Proceso Alcala has announced the initial release of some P250 million worth of projects to thousands of farmers in Central and Muslim Mindanao regions badly affected by the intense drought and the war against insurgency.

He also asked media organizations to help monitor project implementation and validation of the real extent of damage wrought by the natural and man-made calamities especially in Maguindanao, North Cotabato and other provinces in Region 12.

“I heard that some of the badly affected-areas have been placed under the state of calamity due to the dry spell and fighting that forced poor families to abandon their farms,” said Alcala after his two-day meeting with North Cotabato and Maguindanao peasants that ends Saturday.

READ: P155M in losses seen as farms dry up

ARMM Gov. Mujiv Hataman, whose agriculture department gets P150 million, said that as of Friday a total of 14,464 family evacuees of Maguindanao are being attended to by its regional Humanitarian Emergency Action Response Team (Heart), “and most of them are into farming.”

“Our problem in Maguindanao is more complicated because of the displacement, aggravated by the intense heat brought about by the El Niño phenomenon,” said ARMM Agriculture Secretary Makmod Mending, Jr., who came up with an estimated P70 million worth of ruined crops and farm animals in dried-up pastures.

In South Cotabato and Sarangani provinces, some 6,000 hectares of cornfields have been severely devastated, accounting to about P66 million loses to farmers, said Amalia Datukan, agriculture director for Central Mindanao.

“We have yet to validate reports of damages coming from Sultan Kudarat and North Cotabato,” where Kabacan town, has lately been declared under a state of calamity, said Datukan, whose office is bent on sending cloud-seeding aircraft to bring in rain.

Secretary Alcala said palay and corn seeds, including fertilizers, have been distributed to selected farmer cooperatives in North Cotabato on Friday.

The P250 million for ARMM (P150 million) and Region-12 (P100 million) could also be used in the construction of farm-to-market roads and other priority needs of the farmers in calamity-stricken lands, said Alcala, who enjoined media workers to assist in factual reporting on the use of public funds to the specific projects.

He also explained that the two-day sortie, that included, the inauguration on Saturday of the first halal slaughter house in this city, is part of the central office’s “Peace Caravan,” a manifestation of its all-out support for the enactment of the Bangsamoro Basic Law in Congress.