Summer not all beach in Palawan; it is the season to burn forests | Inquirer News
Close
menu
search

Summer not all beach in Palawan; it is the season to burn forests 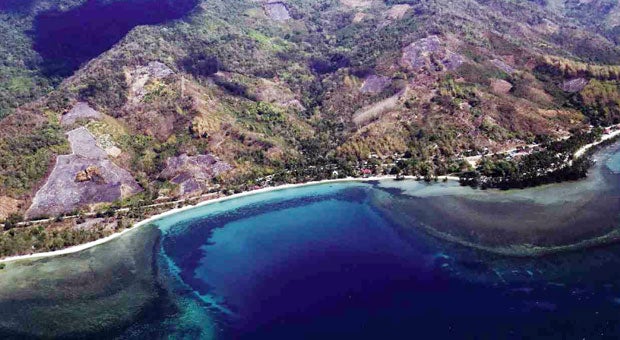 BILL GATES WAS HERE The practice of ‘kaingin’ (swidden or slash-and-burn farming) is destroying swaths of forestland along the national highway in Puerto Princesa City and other areas of Palawan province, once dubbed the country’s “last frontier” for its lush forest cover. Still, Palawan remains the country’s only province with a forest cover close to half of its entire landmass. JONAH VAN BEIJNEN / CONTRIBUTOR

PUERTO PRINCESA CITY—Summer in Palawan is not all beach and white sand. For many poor families living on its forest fringes, it is a season for burning the wilderness to plant the crops that would tide them over in the coming months.

For the environmentalists, it is a time to fret over how the country’s so-called “last frontier” is rapidly losing its virgin forests to all kinds of destructive activities.

An aerial survey of mainland Palawan conducted by some nongovernment organizations last week showed “an alarming increase in the incidence of slash-and-burn farming,” as poor families take to the forests to clear areas for planting.

Locally known as “kaingin,” it is practiced in anticipation of the rains after summer and to prepare   the soil for planting.

“Every year it (kaingin) gets worse,” said lawyer Robert Chan, the head of the Palawan NGO Network Inc. (PNNI).

The group noted the high incidence of kaingin-burning in the southern Palawan municipalities of Aborlan, Rizal and Quezon and in the northern towns of Roxas and Taytay. Parts of the forests of Puerto Princesa City, along the western coast and even in the areas by the national highway, bore the ugly scars of freshly burned patches.

“It looks like the worst places are Aborlan and Roxas,” observed Jonah van Beijnen, the head of the Center for Sustainability, a nonprofit organization working for sustainable development in Palawan. The group is campaigning to have the mountain called Cleopatra’s Needle in central Palawan declared a protected area.

The extent of the cleared areas vary, averaging the size of four basketball courts each, and their locations are generally on mountain ridges, said Beijnen, a biologist.

He noted that while the tribes of Palawan practice traditional slash-and-burn farming “in a more sustainable version,” Palawan’s high rate of in-migration has also triggered destructive farming activities by settlers and immigrants.

In some places of southern Palawan, forest burning has been linked to the proliferation of palm oil and rubber plantations, the center said.

“By now, the main target of slash-and-burn activities is the clearing of primary forests for development,” Beijnen said.

The survey also showed large tracts of areas that used to be forests taken over by palm oil plantations, particularly in the municipalities of Sofronio Española and Brooke’s Point.