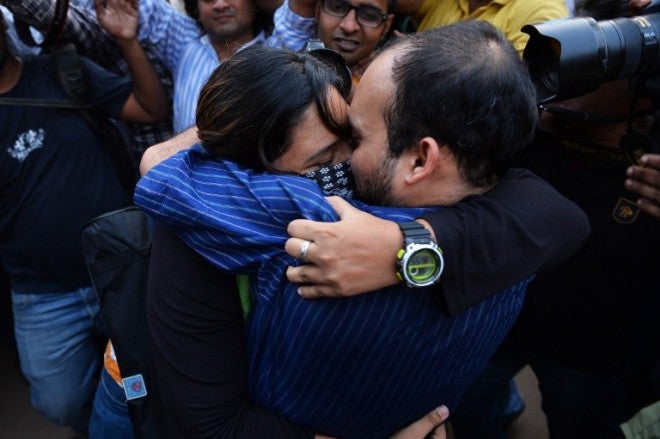 An Indian couple kiss each other during a rally for the ‘Kiss of Love’ campaign, held by Indian youths against moral policing, outside the RSS headquarters in New Delhi on November 8, 2014. AFP

PANAJI, India–An Indian village in a western coastal state has imposed a ban on couples kissing in public, claiming the sight of such “obscene” behavior is unwanted by local residents.

“We have adopted this resolution following complaints from villagers about couples kissing in public. This was the only way to put an end to it,” deputy village chief Reena Fernandes told AFP on Thursday.

She said they had complained to local authorities but a lack of response had forced the council to take matters into its own hands and pass a resolution which also “banned public drinking and playing loud music.”

However, she declined to comment on whether punitive action will be taken against potential violators of the bylaws.