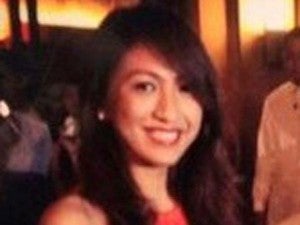 The younger Napoles personally appeared on Monday before the CTA First Division and posted P50,000 for her provisional liberty.

The tax court has set her arraignment on April 22.

Atty. Stephen David, who also represents the Napoles matriarch in her multiple plunder raps before the Sandiganbayan, said Jeane has yet to post bail for her case in the Third Division because of her pending motion for judicial determination of probable cause.

The younger Napoles is facing two counts of violation of the National Internal Revenue Code (NIRC).

According to the DOJ, Jeane Catherine, 23, is liable to pay P17.888 million basic tax deficiencies broken down as follows:

The Bureau of Immigration has earlier confirmed that Jeane Catherine is back in the country to face her charges.

David said Jeane cannot be held liable for tax evasion because she cannot be an income earner without a working visa.

Jeane graduated from the prestigious Fashion Institute of Design and Merchandise in Los Angeles.

She said her mother Janet had said she placed the properties under Jeane’s name because the fashion designer needs to show she has properties in her bid for US citizenship.

(It’s impossible that Jeane has an income because she’s only studying in the US and has no working visa. How can you say that she has earnings to afford her so-called properties, unless you believe the claim of her mother that she does not own those things?)

Asked if his client’s case has affected her social life as a 23-year-old fashion designer, David said Jeane remained confident she will win her case.

(First of all, she is not at fault. Just because the properties are under your name, you will already be jailed? She is not even liable for these things.)

Napoles’ youngest daughter became a social media sensation due to the Instagram photos of her lavish lifestyle while her mother faced allegations of stealing from state coffers.