US deploys missiles in Poland amid Russian ‘threat’ | Inquirer News

US deploys missiles in Poland amid Russian ‘threat’ 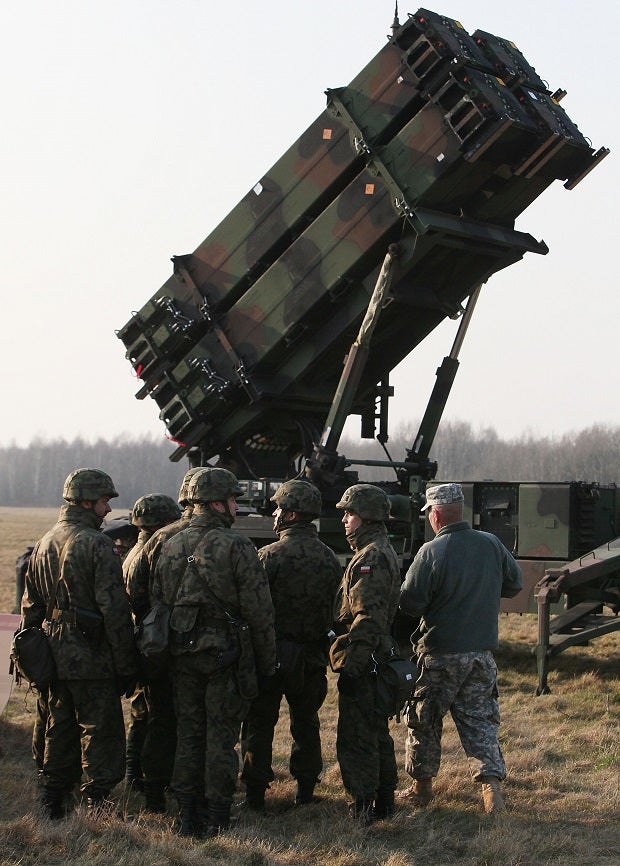 U.S. troops from the 5th Battalion of the 7th Air Defense Regiment are seen at a test range in Sochaczew, Poland, on Saturday, March 21, 2015 as part of joint exercise with Polish troops of the 37th Missile Squadron of Air Defense. American troops aim to demonstrate the U.S. Army’s capacity to deploy Patriot systems rapidly within NATO territory. The training is a part of a wider Atlantic Resolve operation being held at a time of armed conflict across NATOs eastern border, in Ukraine and also involving Russia. AP

SOCHACZEW, Poland — U.S. air defense troops are training rapid deployment of Patriot missile launchers in Poland amid concerns that the conflict between Russia-backed rebels and government forces in Ukraine is threatening the security in the region.

On Saturday, at a test range in Sochaczew near Warsaw, two U.S. soldiers demonstrated for reporters the procedure of emplacement of a Patriot launching station of 16 missiles, as part of their week-long exercise.

Some 100 U.S. troops and 30 vehicles from the 5th Battalion of the 7th Air Defense Regiment arrived in Sochaczew this week from Germany, where they are stationed, to train with Polish troops. The exercise is aimed at showing the U.S. Army’s capacity to deploy Patriot air and missile defense systems rapidly within NATO territory.

The Patriot missiles are superior to Poland’s air defense weapons.

Speaking in fluent Polish, Mull said that the U.S. is always ready to “defend and stand by Poland’s side in times of need.”

Siemoniak said that the exercise in quick deployment of Patriot missiles is a response to the “events in the East of Europe.”

In 2018, Poland is to be covered by a permanent U.S. air defense system to be built in Eastern Europe.

Meanwhile in Szczecin, on the Baltic coast, the NATO Multinational Corps Northeast held a ceremony to open the procedure of raising its status from low to high reaction readiness as it is preparing to command NATO’s new rapid reaction force, the so-called spearhead.

Obama asks for $1B to boost US military in Europe

US Army may station tanks in Eastern Europe–general