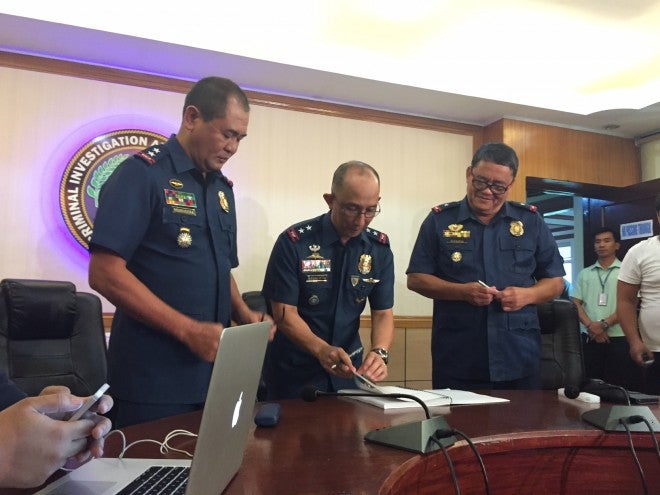 MANILA, Philippines—The Board of Inquiry (BOI) report on the Mamasapano incident has been officially signed by the members of the investigation body before submitting it to the Philippine National Police officer in charge Deputy Director General Leonardo Espina.

In an ambush interview, Magalong said the BOI will also furnish Interior Secretary Mar Roxas, Senate and House of Representatives, Department of Justice, Office of the Ombudsman and the Commission on Human Rights copies of their findings.

Roxas then will give a copy of the BOI report to the Office of the President.

“It was a very exhaustive undertaking and endeavor. It will drain you. Very challenging, probably the most challenging that I’ve encountered. Pero makikita mo naman na may (But you can see there’s a) sense of fulfillment,” Magalong said.
After signing the report, Magalong’s team brought a trolley suitcase labeled “Board of Inquiry The Mamasapano Report March 2015” containing the papers to Espina’s office at the PNP national headquarters in Camp Crame.

As of posting time, Espina and the BOI team are still meeting after the turnover of the report.

On eve of board of inquiry report, cops told to move on