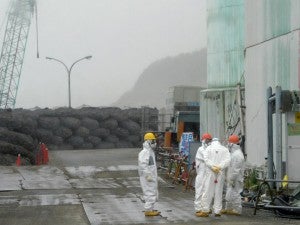 Oe’s remarks to reporters Tuesday come a day after visiting German Chancellor Angela Merkel said she decided to end the use of nuclear energy by 2022 because the Fukushima crisis convinced her of its risks. Abe has said Japan still needs nuclear power as a stable energy source.

The Fukushima plant suffered meltdowns following the March 2011 earthquake and tsunami, spreading radiation outside the compound and forcing more than 100,000 people to relocate.

The 80-year-old Oe says his last work in life will be to keep sending messages to achieve a nuclear-free world.