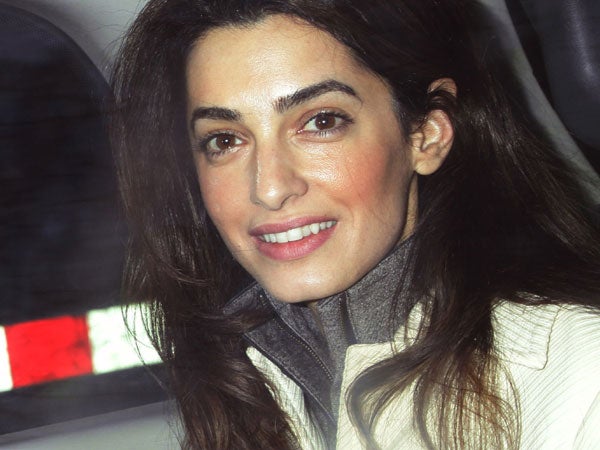 MANILA, Philippines – Human rights lawyer and the wife of actor George Clooney is set to appeal to the United Nations to act with dispatch on the human rights complaint regarding the supposed political persecution of former President Gloria Macapagal-Arroyo.

In a phone interview Sunday, Arroyo’s lawyer, Atty. Larry Gadon, confirmed that Amal Alamuddin Clooney, a renowned international human rights lawyer, has urged the UN Working Group on Arbitrary Detention to act swiftly on the case of the former president, who has been under hospital detention for three years already for plunder on a charity fund mess.

Alamuddin urged the UN Human Rights Council to treat the case under “urgent action procedure” instead of being considered a regular case.

Gadon said Alamuddin updated Arroyo’s legal team on the call late February and the latter has opted for the urgent procedure as their last legal remedy after three denied bail petitions at the Sandiganbayan.

“There’s urgency for Arroyo to be brought out of hospital detention,” Gadon said.

He added that the antigraft court has granted Arroyo’s co-accused bail even those who had hidden from their charges, while Arroyo’s bid for bail had been denied thrice already.

“We felt that Arroyo is being singled out,” Gadon said.

Arroyo’s lawyer said under a case considered urgent, the UN body will send a confidential communication to the government of the accused’s country.

Meanwhile, if it is placed under regular procedure, Arroyo’s case may still be tackled in the late part of the year, Gadon said.

“The urgent action means they will send a communication to the Philippine government to appeal for the bail of Arroyo for humanitarian reasons. There is no legality that will be discussed,” Gadon said.

Arroyo is under hospital detention due to plunder for allegedly using P366 million in intelligence funds of the Philippine Charity Sweepstakes Office (PCSO) from 2008 to 2010 for personal gain.

The former president is confined at the Veterans Memorial Medical Center (VMMC) as she claimed to be suffering from cervical spondylosis, a degenerative disease of the bones and cartilage of the neck.