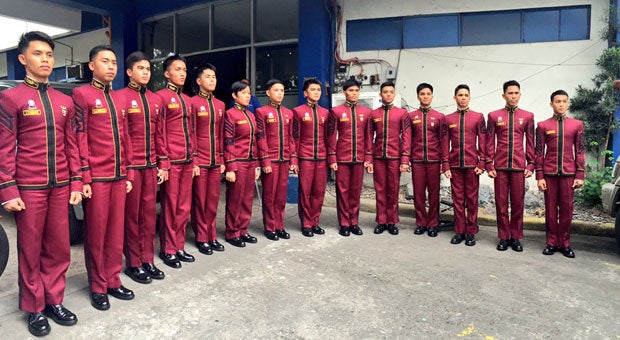 MANILA, Philippines–The Philippine National Police Academy (PNPA) has started a tradition with the Philippine Military Academy (PMA) that aims to bolster the police-military relationship that has been tarnished by the Mamasapano debacle.

Since the death of 44 policemen in a covert mission to arrest a Malaysian terrorist, the PNP and the Armed Forces of the Philippines had engaged in a blame game over the lack of coordination prior to the operation.

According to Chief Inspector Ritchie Yatar, PNPA spokesperson, the Lakandula class of 2015 has started to “integrate instead of compete” with the PMA undergraduates.

“Just last week, we brought the PNPA cadets to the PMA for integration unlike before that they compete with each other in basketball games. We saw that there was something wrong. We thought, why shouldn’t we integrate all teams?” Yatar said in Filipino.

In a press briefing on Thursday with the top 10 cadets of the Lakandula class, Yatar said they had asked the top cadets of the PNPA to mingle with their counterparts in the military academy.

“They were having fun and they were happy. We will start doing this every year. This is a first for both academies so we can develop camaraderie,” he said.

(So that when the time comes that they are on the field, they wouldn’t be iffy with each other. They have already formed a bond (from the integration).)

The finger-pointing between the two organizations started when the relieved director of the PNP Special Action Force Police Director Getulio Napeñas disclosed that it was the decision of resigned PNP chief Director General Alan Purisima to inform the military on the operation “time on target.”

Some police officers involved in the operation also blamed the death of their colleagues to the military for not sending reinforcements and artillery support on time.

(Coordination needs to be preceded by a relationship, and not just assumed by the fact that we are counterparts.)

For his part, Lakandula class president and valedictorian Cadet First Class Dennis Yuson said that the PNPA does not discredit the ability of both institutions to produce good officers.

“Being a police officer is being a civilian in character so we are with the people and the community. The police are the public and the public are the police,” Yuson said.