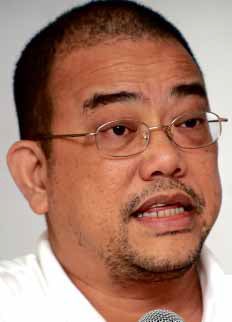 CITY OF SAN FERNANDO, Philippines—About 50,000 farmers stand to become new owners of land if Congress approves a bill extending the authority of the Department of Agrarian Reform (DAR) to issue notices of agrarian reform coverage and accept voluntary offers to sell lands.

In a statement, the DAR thanked 81 Catholic Church leaders for supporting the clamor to pass House Bill No. 4296 or the notice of coverage extension bill, which President Aquino has certified as urgent.

The Senate passed the bill in September 2014, but the House of Representatives has yet to schedule it for plenary discussions.

A notice of coverage, according to the DAR, is a letter that informs a landowner that his or her land is covered by the Comprehensive Agrarian Reform Program (CARP) and can be acquired and distributed to beneficiaries. It also informs the landowner of the right to retain 5 hectares of the property.

The CARP was enacted on June 10, 1988, during the term of President Corazon Aquino.

Jose Grageda, agrarian reform undersecretary for field operations, said the agency had issued notices of coverage for 28,000 landholdings for 233,000 ha from January to June 2014, when the CARP law expired.

“This is why the bill is necessary. It would be grossly unfair to former landowners of the 2.5 million ha of private agricultural lands, whose lands had already been distributed to beneficiaries, if the government would let go of these 36,000 to 50,000 ha because no notices were issued to these before June 30, 2014,” Grageda said in a statement.

The DAR, he said, found some certificates of land ownership award to be defective, with beneficiaries unable to own the land distributed to them. Several voluntary land transfers were used to evade the CARP.

Rafael Mariano, chair of the Kilusang Magbubukid ng Pilipinas, said HB 4296 could not be passed because the CARP law had already expired in June.

“At the same time, the proponents of the sham CARP claims that what expired last June 30 was only the land acquisition and distribution provisions of the CARP. This is an obvious political maneuver to retain the dead law’s provisions on exemption, exclusion, land conversion, retention and other antifarmer provisions,” Mariano said in a statement.

Congress runs the risk of committing grave abuse of discretion if it approves HB 4296, he said. “Extending a law that no longer exists is null and void, and unconstitutional,” he added.

In a Jan. 19 letter, 15 archbishops, 59 bishops and seven Church administrators called on President Aquino to “give new life and a glorious finish” to the 27-year-old CARP.

They sought the passage of HB 4296 and HB 4375, which seeks to create an agrarian reform commission to review the accomplishment of the agrarian reform program and investigate violations of the CARP law.