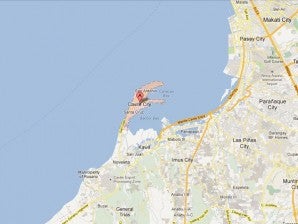 LOS BAÑOS, Laguna — Two alleged members of a robbery gang were killed in a shootout with police in Bacoor City, Cavite, before midnight on Sunday, authorities said.

Police branded the crime group as the “Termite gang” because it digs and tunnels into target establishments.

He said policemen on patrol chanced upon two suspicious men on a vacant lot located between Phoenix Gasoline Station and a branch of the Philippine National Bank.

When approached for questioning, the suspects fired at the policemen, he said.

“This engaged our policemen into a gunfight,” said Senior Police Officer 1 Romar Sinnung, case investigator, in a phone interview.

The suspects, he said, were killed on the spot after suffering “several” gunshot wounds. Police said they found two guns and excavation tools, which included a shovel and a bolt cutter.

The police have yet to identify the slain suspects.

Sinnung said just last month, another bank in the same vicinity was robbed. The police said the robbers found their way inside by burrowing a tunnel from a vacant lot to the bank.