March for Justice for SAF 44 from Cavite to QC 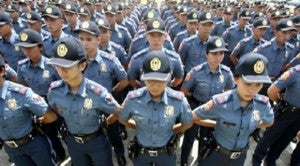 The “March for Justice for SAF 44” on March 8 will begin in Dasmariñas City, Cavite province, and will end with an ecumenical Mass at Quezon Memorial Circle (QMC) in Quezon City. Alumni, along with families of the slain commandos, will lead the march from Cavite to Quezon City, which is open to the public.

Similar marches will be held across the country with the slogan “Walk with the Widows, Run for our Heroes.”

In a statement, the association said the march would be in two phases—a 44-kilometer walk from Salitran, Dasmariñas, to the PNP headquarters in Camp Crame, Quezon City. The second phase will be the walk from Camp Crame to QMC.

The assembly point for the first phase will be at Central Mall Dasmariñas on Emilio Aguinaldo Highway in Salitran at 2 a.m. on March 8. Runners from Cavite will be joined by others at 10-km intervals along the route.

The families of the commandos will lead the march from Camp Crame to Quezon City Memorial Circle.

The final march to QMC will begin at 6 a.m. upon the arrival of the joggers from Cavite, while the Mass at QMC will be held at 10 a.m.–Julie M. Aurelio