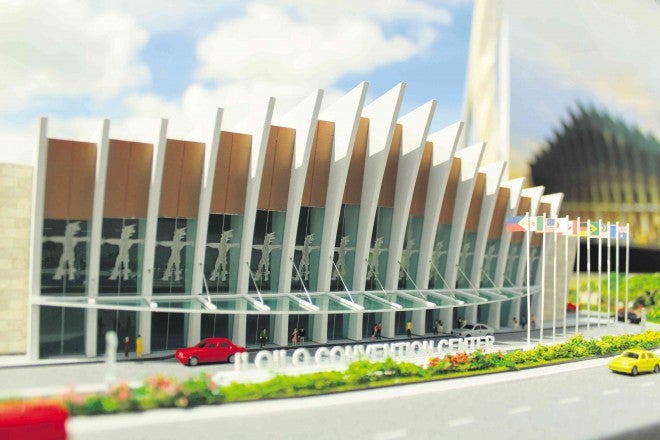 Edilberto Tayao, Western Visayas director of the Department of Public Works and Highways (DPWH), said on Sunday that the contract was awarded to Hilmarc’s Construction Corp. (HCC) after it submitted the lower of the two bids for the second phase of the project.

HCC also passed the post-bid evaluation conducted by the DPWH.

The HCC, which is undertaking the first phase of the ICC under a contract amounting to P492,249,487.39, failed in the previous bidding for the second phase along with another contractor, Henry S. Oaminal Construction & General Merchandise for technical reasons.

The HCC, which is also the contractor of the controversial Makati City Hall Building II, was awarded the contract for the first phase through negotiated procurement after two failed public biddings.

The contract for the second phase of the project provides for the phase completion within 150 days.

The second phase involves mainly finishing works including power, water and glass fixtures, and the installation of two escalators and three elevators.

The ICC, located at a 1.7-hectare lot donated by giant real estate developer Megaworld Corp. at the Iloilo Business Park in Mandurriao District, is being rushed in time for the Asia-Pacific Economic Cooperation meetings in the September.

But former Iloilo provincial administrator Manuel Mejorada, who had earlier filed a graft case against top government officials for alleged overpricing and other irregularities related to the ICC, has questioned the bidding for the second phase.

In a two-page letter to the Bids and Awards Committee (BAC) of the DPWH Western Visayas office, Mejorada said the rebidding has “all the manifestations of an ‘areglo,’ or pre-arranged bidding.”

Mejorada said he considered the bidding a “farce” as there was “apparent collusion.”

He cited the narrow difference between the bid submitted by HCC and A.M. Oreta and Co. Inc.

Mejorada said the bids were “too close” to the ABC.

He noted that A.M. Oreta’s bid was less than P1 million below the ABC which he said was a “hairline difference” in a P188.68-million contract.

“Clearly, there is no competition or motivation to submit the lowest possible complying and responsive bid,” he said in his letter to the BAC.

Senate President Franklin Drilon, Public Works Secretary Rogelio Singson, Tourism Secretary Ramon Jimenez Jr. and DPWH officials who were among those named respondents in the graft complaint, have repeatedly denied any irregularities in the project.

They have accused Mejorada of issuing baseless and malicious allegation especially after he failed to present evidence during a Senate investigation on the project.

Mejorada acted as campaign manager and spokesperson of businessman Rommel Ynion who ran for mayor of Iloilo City in the 2013 elections. Ynion, who ran under the United Nationalist Alliance, was trounced by Mayor Jed Patrick Mabilog, a close ally of President Aquino and Drilon in the ruling Liberal Party defeated mayoral candidate.