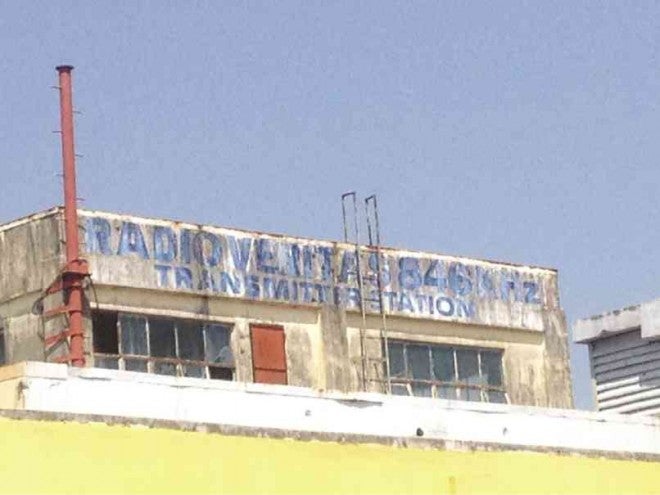 THE TRANSMITTER station of Radio Veritas in the City of Malolos in Bulacan played a crucial role in gathering people to support the 1986 Edsa Revolution before its facilities were destroyed by soldiers loyal to strongman Ferdinand Marcos.CARMELA REYES-ESTROPE

Sections of a nondescript concrete building on MacArthur Highway in Barangay Dakila in the City of Malolos bore bullet holes from 29 years back. On one of its panels, a proud name, written in blue paint, has started to fade and is barely readable.

This is the Radio Veritas 846 kHz transmitter station, a facility that helped broadcast from Bulacan province the plea of Catholic Church officials for people to gather on Edsa in February 1986 and protect a group of military officials and soldiers who chose to stand against strongman Ferdinand Marcos.

The transmitter building, owned by the Roman Catholic Archdiocese of Manila (RCAM), was one of the first casualties of the Edsa Revolt. It was attacked twice, on Feb. 23 and 24 in 1986, by soldiers loyal to Marcos.

Built on a rice field in the 1960s, the building was abandoned in 2011 after Radio Veritas built a new transmitter station in Barangay Taliptip in Bulakan town, also in the province, said Antonio Medina, one of the station’s technicians.

The property, where the transmitter building is located, is being leased by STI Malolos from the Catholic Church-run Colegio de San Jose until 2016. Classes by STI students in the RCAM property, however, have been transferred to a new campus that the school built nearby.

A radio booth for the FM station, dwAP 88.7, also operated in the old transmitter building until this month as a laboratory for Colegio de San Jose.

Isagani Giron, president and founder of the heritage group,

Bulacan Salinlahi Inc., has asked Catholic Church leaders to preserve the structure amid threats of commercialization in the area.

“It is better if we could make that area a tourist destination to remind our people, especially the youth, of the role of that building in the 1986 Edsa Revolt,” he said.

Malolos Mayor Christian Natividad has given assurance that the property where the Radio Veritas transmitter stands will not be touched by commercial developments in the area, especially now that a mall developer has bought land there.

Natividad said he had started discussions to push the preservation of the facility.

Medina said that at about 10 p.m. of Feb. 22, 1986, the transmitter station received a call from their main station in Manila that a group would be sent to Bulacan to reinforce security there following tension in Metro Manila.

He said no reinforcement came until he and other people in the station saw a convoy of 10 military trucks, with yellow ribbons tied to their side mirrors and other parts of the vehicles, arriving at 5 a.m. on Sunday, Feb. 23.

Medina said the employees thought they were security forces sent by their main station, but they were surprised when their security guards were disarmed and their personal belongings, including wristwatches and wallets, were taken.

He said the soldiers used axes, metal pipes and wood slabs in destroying their facilities, including the station’s antennas.

Medina said the station went off air after the attack. One of the technicians decided to operate their auxiliary transmitter in Fairview, Quezon City, but this malfunctioned and they failed to resume broadcast, he said.

Broadcaster June Keithley then decided to use the station dzRJ AM 810 kHz, later called “Radyo Bandido,” to continue airing amid the skirmishes between rebel soldiers and Marcos’ troops, and to call on people to gather on Edsa.

Medina said the second attack on the transmitter station happened at 8 p.m. on Feb. 24, 1986, when soldiers, armed with machine guns and armored personnel carriers, barged into the compound and strafed the facility.

“They attacked the transmitter station thinking that they failed to destroy it because of the continued broadcast. The first volley of fire was intended to intimidate and force us to get out of the building. Later, the soldiers fired at the building,” he said.

No one was hurt as they were able to run away through the rice fields.

Another group of soldiers destroyed the transmitters of Voice of the Philippines (VOP) operating inside Bulacan College of Arts and Trade, now Bulacan State University campus, within the provincial capitol compound.