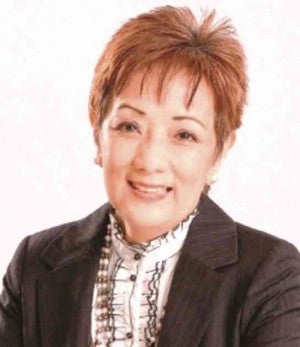 The president of the Pamantasan ng Lungsod ng Maynila (PLM) said she was reviewing the university’s spending priorities, noting a gap between what individual colleges wanted and what was truly needed by the academic community.

Leonora de Jesus said she had realigned this year’s P360-million budget of the university for projects that would ensure that the school’s various facilities were in good working condition. The university is supported by the Manila City government.

The realignment of priorities was designed “to provide for necessary basic laboratory equipment, library facilities and other requirements for courses such as Engineering, Medicine and Science that are not in place,” De Jesus told the Inquirer.

She noted that when the university’s different departments submitted funding requests for 2015, some asked for items that were not really necessary.

“The departments requested TV sets, their respective computers and even cooking facilities,” De Jesus said. “But this year, we consolidated the requests and compared them with our priority plans.”

She added that facilities under the university’s priority plans would not be limited to those needed for learning, but would include clean toilets, sanitary canteen, dining facilities and even drinking fountains.

“We have to go back to the basics and provide all of these. We focused our budgetary priorities on basic needs instead of wish lists,” De Jesus said.

De Jesus was appointed by Manila Mayor Joseph Estrada as PLM president in September last year. She was chief of the Presidential Management Staff during Estrada’s presidency.

Her appointment followed the resignations of former Justice Secretary Artemio Tuquero as president and Amado Valdez as chair, whose feud resulted in a leadership crisis at PLM.

Estrada ordered De Jesus and his former budget secretary, Benjamin Diokno, who took over as chair, to unite PLM and move it forward.

Read Next
Aquino urged by lawmakers to appoint new PNP chief
EDITORS' PICK
The Best Tech Gifts For The 2022 Holidays
EDITORIAL: To a bike-friendly future
Is it safe to talk politics again at family gatherings? ‘The Reconciliation Dinner’ shows us what that’s like
vivo’s coming to town to grant wishes with more holiday promos
Pagasa: Warm, sunny Sunday in most parts of PH
House energy committee chair Arroyo bats for cheap electricity
MOST READ
LOOK: Vhong Navarro transferred to BJMP detention facility in Taguig
The Elephant Man in the Senate
Posh village as ‘shabu’ haven
LOOK: Zanjoe Marudo bonds with Ria Atayde, her family
Don't miss out on the latest news and information.