Board of Inquiry to call Aquino | Inquirer News

Board of Inquiry to call Aquino 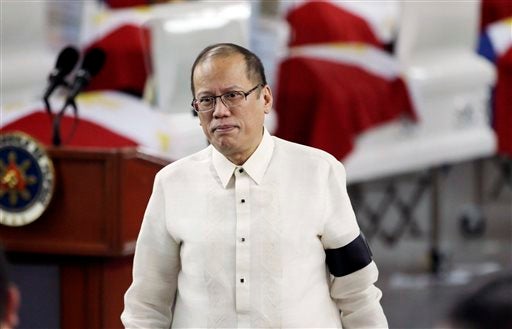 MANILA, Philippines–THE BOARD of Inquiry (BOI) on Friday signified its intention to interview President Aquino and get his statement on what he knew about the ill-fated police operation in Mamasapano, Maguindanao, on Jan. 25.

But a source said it would be up to the President to decide if he would give a statement to the BOI.

Another source, who declined to be named for lack of authority to speak to media, said the BOI, composed of the Philippine National Police officials, also wanted to get the statements of Interior Secretary Mar Roxas, Armed Forces of the Philippines Chief of Staff Gen. Gregorio Pio Catapang Jr. and PNP officer in charge Deputy Director General Leonardo Espina.

In its third progress report submitted on Friday to Espina, the BOI said three of the 346 surviving Special Action Force (SAF) commandos had yet to submit their statements on the incident, and that more than 400 witnesses had been interviewed since the body’s creation on Jan. 26.

The progress report also mentioned the turnover of the firearms taken from some of the 44 fallen commandos, and a planned ocular investigation in Mamasapano from Feb. 24 to 26.

Earlier reports said the President, along with resigned PNP Director General Alan Purisima, had knowledge of the ill-fated operation led by since relieved SAF chief Director Getulio Napeñas, but that Espina and Roxas were kept in the dark about it.

Police Director Benjamin Magalong, BOI chair, earlier said the inquiry was almost finished and the final report, due at the end of the month, would be submitted to Espina, Roxas and the President.

A cell phone returned by the Autonomous Region in Muslim Mindanao police regional office is now with the Anti-Cybercrime Group for digital forensic examination.

The BOI earlier said three of the victims had gunshot wounds in their trunk, an indicator their bullet proof vests may have been removed before they were shot.