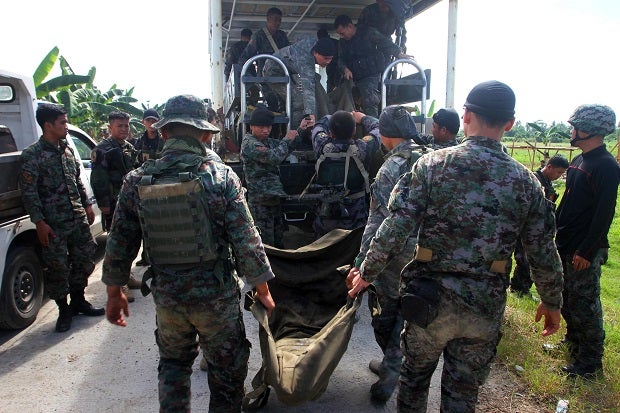 A military source, who requested anonymity as he was not authorized to talk to media, told the Philippine Daily Inquirer that members of the government and MILF’s Coordinating Committee on Cessation of Hostilities, along with the International Monitoring Team, went to Madia, a remote barangay (village) in the town of Datu Saudi Ampatuan town, around 5:30 p.m. to get the weapons from the rebel’s 105th Base Command.

“We provided security to them in going to Madia. The mission was just quick. They pulled out from the area around 6:35 p.m.,” the source said.

“I won’t talk on that matter. You can ask and get the details with the government CCCH,” Iqbal said.

A staff of the Office of Presidential Adviser on the Peace Process (Opapp) confirmed the report, saying more than nine guns were returned by the rebels.

“It will be presented tomorrow (Wednesday) to the media,” he said on Tuesday night.

The Opapp will be holding a press conference Wednesday morning at Camp Siongco, the headquarters of 6th Division in Datu Odin Sinsuat town, also in Maguindanao.