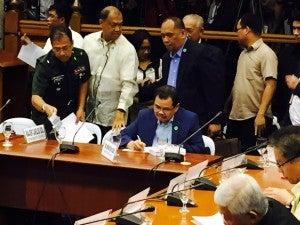 Iqbal was invited but did not show up in the past two hearings of the Senate committee on public order, joint with committees on peace, unification and reconciliation, and finance conducted last Monday and Tuesday.

But in that letter, Iqbal also requested that his appearance should be in an “executive session.”

Poe earlier said they would decide on the request at the resumption of the hearing.