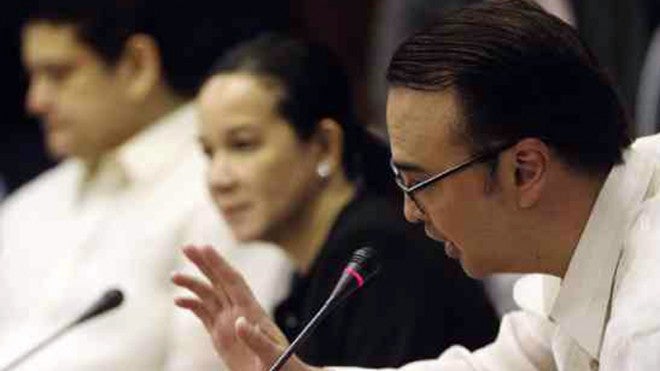 “My point here is we’re talking peace to them, but it’s obvious they protected Marwan,” he said, referring to Malaysian bomb maker Zulkifli bin Hir, who has a $6-million bounty on his head from the US Federal Bureau of Investigation.

He said it was the MILF’s obligation not to let terrorists or criminals enter its territory and to help the government arrest them if they do.

“There is a history, every armed group in the world that has fought long and hard have had … flirtations, you can say, with terrorist groups. But the reality is, since 2003, closely monitored by our intel forces, there is no evidence that there are institutional links,” Deles said.

He added that the group had no ties with the BIFF, which does not believe in the peace process.

“We will not sacrifice the 17 years our people suffered,” he said. “It’s not right that at this point, the opportunity for peace would be lost.”

Mayor Benzar Ampatuan of Mamasapano told the senators said the area where Marwan’ was staying was far from communities and was isolated. “No resident is able to go near the place,” he said. The mayor said he himself had not been to the place.