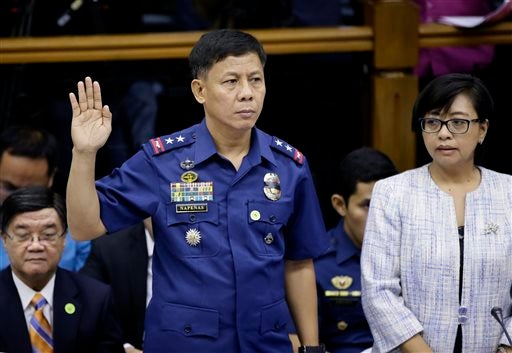 “Who will believe that? Maybe they also counted the rocks in the area,” Al Haq told the Philippine Daily Inquirer by phone.

BIFF spokesperson Abu Misri Mama agreed, adding that their own group suffered only one fatality.

“Napeñas is a liar. Why would he claim that the SAF were able to kill that many people when they were already pinned down?” Mama said.

Mama revealed that they were among those who engaged the 55th Special Action Company at the cornfield. The BIFF is believed to have taken 10 high-powered firearms, including a 90RR or recoilless rifle.

Al Haq, however, said the Senate inquiry was an acceptable process while commending some of the senators for asking the right questions.

He also said claims that some of the SAF commandos were executed at close range were “hard to believe” and urged the public to wait for the completion of the investigation.

“Let us wait for the investigation,” Al Haq said.

But for the BIFF, Mama said they were anxious and were gearing up for possible government retaliation over the Mamasapano carnage.

“We are here waiting for them to enter our territory. And we will fight back and then run and then fight back again. That is our principle as a guerrilla group,” Mama said.

“We will wait here in Maguindanao,” Mama added.