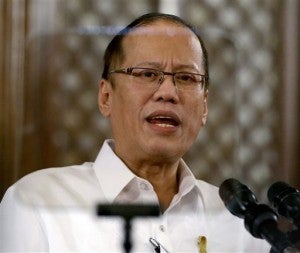 The anti-pork barrel move was brought to Naga City Sunday to meet the target of 1.5 million signatures in Bicol that would be presented to Congress this year, said Tess Pielago, an officer of PIAP in Bicol.

She said other Karapatan-Bikol and PIAP members have also been gathering signatures in the provinces of Sorsogon and Albay in time with the President’s 55th birthday today.

Bayan Muna Representative Neri Colmenares earlier explained that the signatures in Bicol would help meet the required 5.2 million signatures, corresponding to 10 percent of the 52 million registered voters in the country, that would support the creation of the bill that would prohibit the creation of the Priority Development Assistance Fund (PDAF) or any similar discretionary fund that would be given to congressmen, senators and the executive office.

Paul Vincent Casilihan, spokesperson of Karapatan-Bikol, said their campaign came with a special “birthday wish” for President Aquino: for him to step down from office.

Casilihan called on the President to resign from his post for his “insensitivity” and “lack of respect” towards the 44 Special Action Force policemen who were killed by Moro fighters in Maguindanao last January 25.

He said the President also showed incompetence due to the fact that he has not made any move to ensure justice to the 56 victims of extrajudicial killings in Bicol during his term.

He added there were also 16,448 victims of human rights violations in Bicol under the Aquino administration.