Collision causes bus to roll over, flatten sedan on Edsa 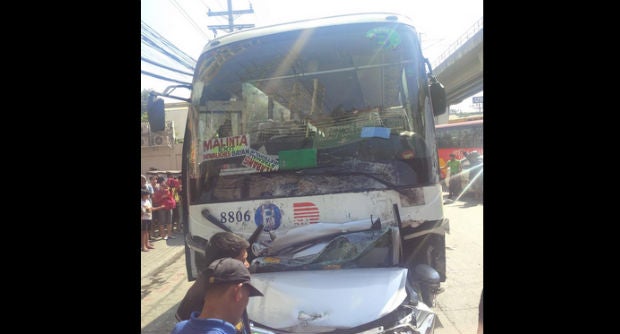 Rosal said the driver of the Toyota was trapped inside his car for a few minutes but was later extricated and rescued by the MMDA.

He said a Cher bus (TYY 972), whose rear portion was damaged, and a public utility jeepney (TVL 602) were also involved in the accident, which snarled traffic along Edsa northbound.

The still unidentified Toyota driver was rushed to St. Luke’s Medical Center in Quezon City while the driver of the bus escaped, according to a Radyo Inquirer report. With a report from Kristine Sabillo and Radyo Inquirer

3 hurt in bus collision along Edsa