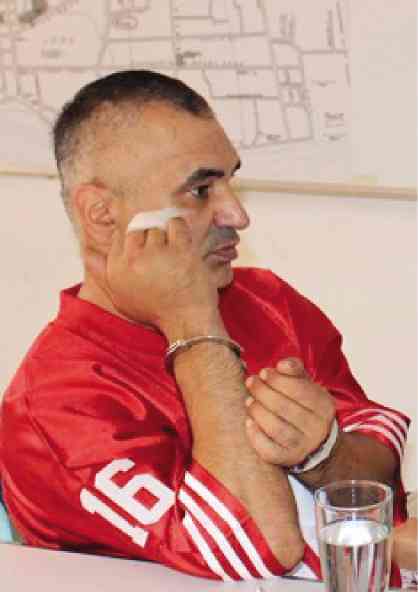 DUMAGUETE CITY—Police have taken into custody an Australian over the murder of a teenager whose body bore signs of severe beatings and was barely recognizable when found in a motel room, according to officials on Wednesday.

The remains of 17-year-old Alona Alvarez were found by employees at a motel in the city of Dipolog on Jan. 30.

The pair had met in Dipolog for the first time just two days before the murder after talking online. Police said Ali flew to the Philippines purposely to meet Alvarez.

“Her face was so unrecognizable and horribly disfigured, the mortician had a hard time,” police investigator Ronald Dingas was quoted as saying by Agence France-Presse.

“She suffered a very brutal death. It’s too much,” said Dingas.

Alvarez had deep head wounds, had lost most of her teeth and suffered a brain hemorrhage which ultimately led to her death by acute respiratory failure, Dingas said, citing a police autopsy.

She was naked, and investigators also found sex toys and marijuana in the room.

Ali was arrested on Sunday in the city of Dumaguete, 75 kilometers from Dipolog, Dumaguete police chief Supt. James Gofoth said.

The suspect, his knuckles heavily bruised, told police he attacked Alvarez after the victim bit his penis when asked to perform oral sex, Gofoth added.

“He said he did it out of self-defense. He said his mind went blank. He was planning to escape to Manila,” the officer added.

Ali was brought back to Dipolog where police filed a murder complaint against him before the local state prosecutor.

Aside from murder, Ali Ali also faces violation of laws against child abuse and exploitation.

On Feb. 1, a team from the Dipolog police and the Criminal Investigation and Detection Group arrested Ali Ali near a restaurant on Flores Avenue in Barangay Piapi, Dumaguete City.

Ali Ali declined to be interviewed by local media, saying he would allow police to proceed with the investigation.

Police said Ali and the victim met on the Internet and had chatted through Facebook.

The foreigner had also sent money to the victim as shown by transmittal receipts recovered by police from the suspect.

Supt. Ranie Hachuela, Dipolog police chief, said Ali admitted that he and the girl had a fight after he mistook the victim as a transgender.

Hachuela said the foreigner also bashed the girl’s head with a shoe. With reports from AFP