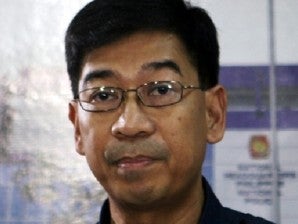 Children 15 years old and up should be made accountable for their crimes, according to Philippine National Police (PNP) Director General Nicanor A. Bartolome, as he pushed for changes to the Juvenile Justice Law.

Speaking at a forum at Camp Crame, Bartolome said the PNP would urge Congress to amend the law to lower the legal age of discernment that would otherwise exempt minors from criminal liability.

Republic Act No. 9344, or the Juvenile Justice and Welfare Act, states that all children in conflict with the law aged 15 and below and those above 15 but below 18, who acted without discernment, are exempted from criminal liability.

“At the PNP, we have observed younger and younger children committing crimes. We see this in our statistics and in our investigations. I am in favor of lowering the age that a child may face criminal charges,” Bartolome said.

He said in initial talks with representatives and senators, the PNP had been lobbying for an amendment to the age requirement.

“In fact, there have been proposals to lower it further to 12 years old. That’s really young. But I favor 15,” Bartolome said.

The newly installed PNP chief cited recent cases involving children in violent crimes, such as the 13-year-old boy who shot and killed his 16-year-old male friend at a shopping mall in Mexico, Pampanga, before turning the gun on himself last week, and a 15-year-old boy who admitted to robbing, raping and nearly killing his former employer in Sta Rosa, Laguna.

“Perhaps, this will require more discussion and debate in  Congress, but right now, we’re in favor of 15 years old,” Bartolome said.

He said children in conflict with the law were either being used by syndicates or were committing the crimes on their own volition, “meaning, they are already acting with discernment.”

“In either case, we still believe that the child should be meted some form of  punishment,” he said.

The worst case, he said, was when the child’s own parents would push him or her to commit the crime.