MANILA, Philippines — Senators expressed apprehensions on Wednesday over the proposed joint congressional inquiry into the fatal Mamasapano encounter, saying this would just delay the proceeding. 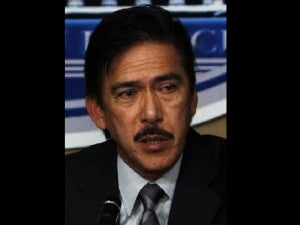 “A joint congressional hearing or inquiry will be unwieldy. It will take a longer time,” Acting Minority Leader Vicente “Tito” Sotto III said in a text message when sought to comment on Speaker Feliciano Belmonte’s proposal for a joint congressional inquiry on the Mamasapano incident, which killed 44 elite commandos of the Special Action Force.

“[A] more inquiries compared to a sole truth commission [are] better to [ensure] no whitewash. Besides, the different bodies have differing concerns and targets of investigation,” Sotto added.

Senator Francis “Chiz” Escudero, a member of the majority bloc, was not also in favor of Belmonte’s proposal.

“Even if there are 8 (probes), it is only the Senate/ House investigations that are open to the public. Besides, if what they will say is the truth, then it shouldn’t matter how ever many times they say it,” he said in a separate text message.

While he said the proposal was “worth considering,” opposition Senator Joseph Victor “JV” Ejercito said a joint inquiry by the Senate and the House of Representatives might take longer specially if all politicians would speak during the proceeding.

“The idea of Speaker Belmonte is worth considering since there are so many agencies or bodies [which] are already conducting (an investigation on the Mamasapano) massacre. The only problem is it might take longer [especially] when politicians all want to speak,” Ejercito said.

Too many probes (8) may spoil the truth