NBI, BuCor: No sign of drug lab in NBP 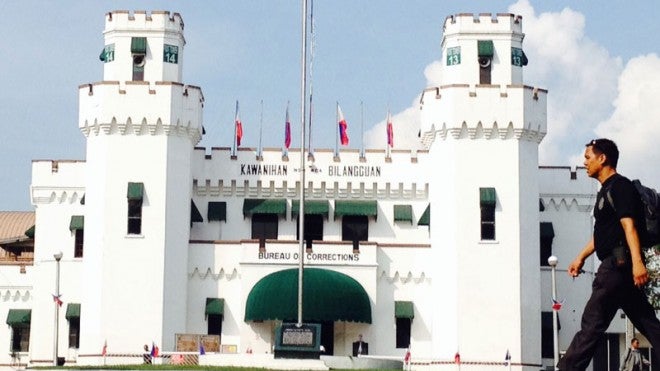 MANILA, Philippines—Contrary to allegations in news reports, investigators and jail officials have found no proof that illegal drugs are being manufactured inside the New Bilibid Prison (NBP) in Muntinlupa City.

At a Senate hearing on Tuesday, Deputy Director Jose Doloiras of the National Bureau of Investigation (NBI) said that during the series of raids they conducted on the “kubol” or private quarters of several high-profile and moneyed inmates, they did not find any trace of any drug laboratory.

A total of 11 grams of prohibited substances, however, were found in one of the kubol while a search of another inmate’s quarters yielded two plastic packs containing what was believed to be methamphetamine hydrochloride or “shabu.”

Also found were several luxury items, including air-conditioning units and a jacuzzi, prompting Justice Secretary Leila de Lima to order the transfer of 19 high-profile NBP inmates to a detention facility at the NBI office in Manila.

Bureau of Corrections Director Franklin Bucayu, meanwhile, told the senators looking into conditions inside the national penitentiary that his office also found no evidence that there was a drug laboratory operating within the compound.

Bucayu noted that there were 14,000 inmates inside the nine-hectare maximum security compound—where the raids were conducted by the NBI—and it would be hard to hide a drug-making facility.

“That would be difficult to [do] because if you are manufacturing [illegal drugs], this would be seen and smelled; the physical structure would be spotted,” he said.

Sen. Vicente Sotto III, who had posed the question to both Doloiras and Bucayu, expressed relief over their reply although he urged them to conduct a more intensive investigation due to reports about the illegal activity.

During the hearing, Bucayu said that he had taken steps to prevent high-profile and moneyed inmates from smuggling luxury items into the NBP compound.

According to him, the construction of private quarters was no longer allowed even as he admitted that there was no legal basis for giving this privilege to some inmates. Bucayu explained that this practice was allowed in the past because there were not enough funds for inmates’ dormitories.

The NBP was built for 8,500 inmates but now has a congestion rate of 164 percent. The maximum security compound alone has 14,500 inmates, he said.