Manny ‘Pacman’ Pacquiao wins another round vs BIR 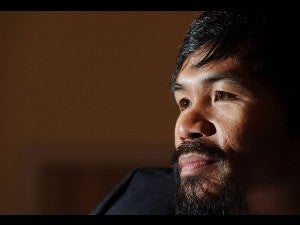 MANILA, Philippines — Boxing champion Manny Pacquiao scored another victory against the Bureau of Internal Revenue (BIR) after the Court of Tax Appeals (CTA) denied its bid to dismiss his petition for a review of the case against him.

On July 25, 2013, Pacquiao, who is also Sarangani congressman, filed a petition before the CTA seeking a review of the BIR’s P2.2-billion assessment of his and his wife’s tax liabilities.

Pacquiao later brought the case to the Supreme Court to stop the CTA from ordering them to post a P3 billion cash bond or a P4 billion surety bond in exchange for stopping the BIR from collecting P2 billion worth of taxes.

The High Court then issued a restraining order against the BIR and ordered the Tax Court to immediately resolve the case.

In its January 27 ruling, the tax court ordered the BIR to answer the petition for review filed by Pacquiao and his wife, Jinky.

Upon the BIR’s filing an answer or upon its failure to respond within the 10-day period allotted the agency, the case will be set for pre-trial conference, the tax court said.

Palace: Media to blame on uproar over Pacquiao tax woes