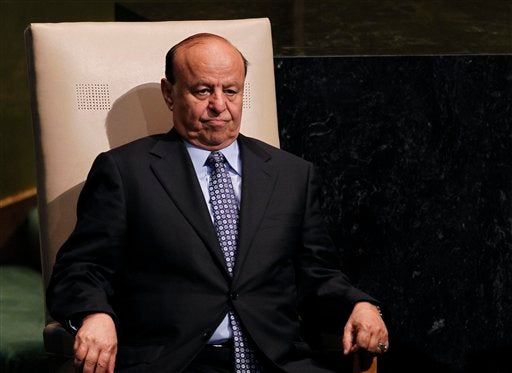 SANAA, Yemen — An official close to Yemeni President Abed Rabbo Mansour Hadi says he is refusing to reconsider his resignation “at gunpoint.”

A delegation of representatives from different political parties met with Hadi at his home on Saturday, where he is being held under house arrest by Shiite rebels known as Houthis. The official said the gunmen are searching everyone entering and exiting the house.

Hadi resigned earlier this month after the Houthis, who have controlled the capital for months, began directly besieging his home.

The official, speaking on condition of anonymity because he was not authorized to speak to reporters, said Hadi was willing to participate in a national dialogue session — provided that it took place outside of the rebel-controlled capital.