“I can walk on the streets without my mask and sunglasses, which were a must before. 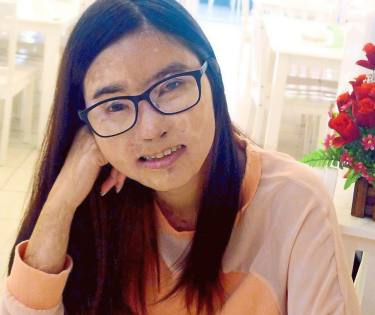 Tan posing for a picture taken recently. Below, pictures of her taken before and after the attack and after one of her surgeries in South Korea. PHOTOS FROM THE STAR ONLINE

“Corrective surgery in South Korea over the years has done me a world of good.

“I do not mind all the weird looks or stares I get in public places now,” said Tan, who is flying to South Korea on Thursday for her sixth corrective surgery.

Tan, who is waiting for her Association of Chartered Certified Accountants (ACCA) results, and her mother were victims of an acid attack by her father at their home here in October 2009.

Her 50-year-old mother died while Tan was blinded in the right eye and had ugly scars on her face and body.

Like any youth her age, Tan, 22, enjoys outings and taking photographs with her friends.

“I enjoy the sunshine and just want to live life to the fullest.

“I have no qualms telling people about my past, unlike earlier when I would feel awkward whenever people asked about my scars.

“I also did not like to look into mirrors or take pictures before. But it feels great now, knowing that I have overcome ‘the ghost of my past,’” she said on Wednesday. 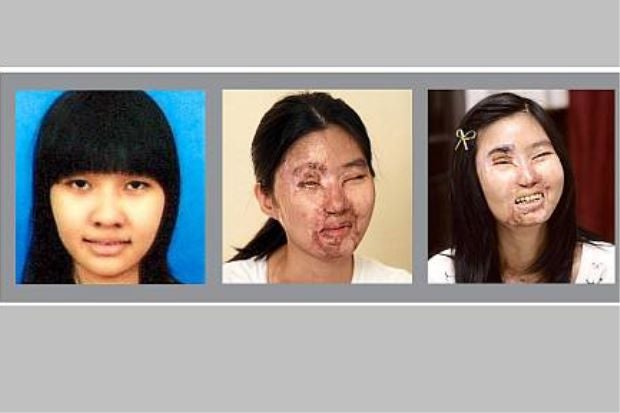 Tan added that she was also looking forward to a trip to Jeju Island, South Korea, supposed to be sponsored by Jelutong Member of Parliament Jeff Ooi.

Ooi, who has been sponsoring Tan since the fourth treatment, said she would be given fat tissue stem cell injection on her face, laser treatment and five days of a whitening program.

He said Tan’s treatment would begin on Feb. 3, and she was expected to return home on Feb. 11.

Ooi added that he had brought Tan to see two eye specialists at two local private hospitals, and both had concurred that her left cornea, which had been operated on before, appeared too weak for further surgery.

“Now the specialists are trying out glasses and contact lenses on her.

“Her night vision is poor that it is even considered risky for her to walk into a cineplex,” he said on Wednesday.

Ooi said Tan was expected to enter the job market upon completion of her seventh treatment.

“I am proud of her as she is facing the world with confidence.

“She plans to reciprocate everyone’s kindness by doing voluntary and charity work in near future,” he said.

Tan’s father Teil Siew, 59, was acquitted by the High Court here in April 2011 of murdering his wife and grievously hurting his daughter by splashing acid on them.

The court ruled that the man was of unsound mind when he committed the gruesome act, but ordered him to be detained at the pleasure of the Penang Yang di-Pertua Negri.

Tan has since forgiven her father, who apologized to her when she visited him in prison. Tan Sin Chow