Majority did not criticize Aquino’s absence at Villamor, says Palace 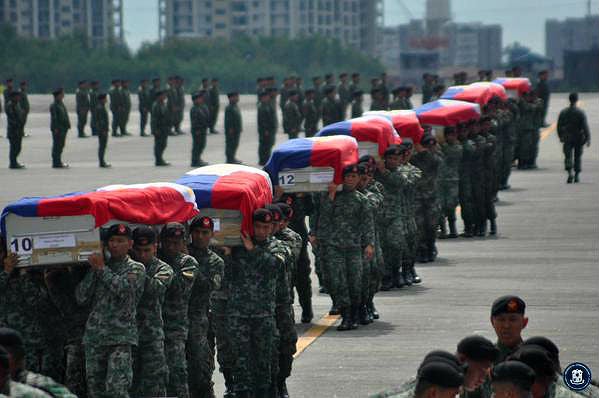 MANILA, Philippines – Malacañang on Thursday brushed off comments against President Benigno Aquino III’s absence at the arrival honors for the policemen killed in Maguindanao.

Coloma, in past briefings, had explained that they at times monitor online sentiment on Aquino.

The Secretary said the public should work together with the government in the fight against terrorism and in support of peace and stability in the country.

Aquino drew flak on Thursday morning after netizens learned that he was in Sta. Rosa, Laguna, attending the inauguration of car plant while the bodies the Philippine National Police (PNP) Special Action Force (SAF) members slain in Mamasapano town arrived in Manila.

His spokespersons insisted that he was not even scheduled to attend the event and will instead lead the necrological services on Friday.

However, many questioned why he chose to be with businessmen instead of the families of the slain officers.