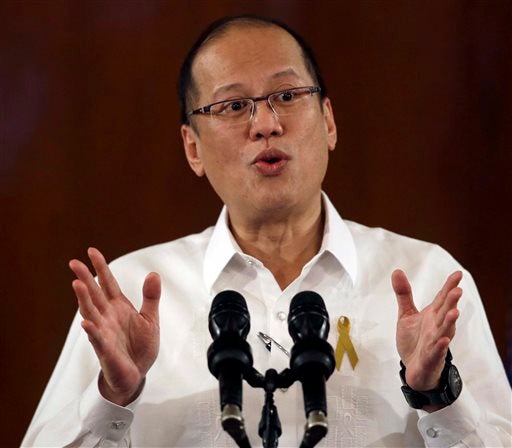 The official, who agreed to talk on condition of anonymity, was present during the first high-level government meeting following the deadly clash between the SAF troopers and the Moro rebels.

During the meeting, the source said, Napeñas disclosed that Sunday’s operation was the fourth attempt of the SAF to serve warrants of arrest on Marwan and Usman.

Napeñas said the SAF also closely coordinated with a police senior superintendent, the equivalent of a colonel in the military, in carrying out the operation.

“With whom did you coordinate?” the source quoted Roxas as asking Napeñas.

To which Napeñas, according to the source, replied: “[With] General Purisima, sir.”

The source said the dismissed SAF commander also admitted that he was aware that Purisima was already “on leave” when the operation was launched.

Purisima, one of the President’s closest friends in the government, was ordered suspended last December by the Office of the Ombudsman over an allegedly irregular deal that the PNP had entered into with a private courier firm.

“We have also briefed the President, sir,” Napeñas told Roxas, according to the source.

Roxas, who according to the source tried to be calm during the meeting, bluntly asked Napeñas why he was not informed about the police operation.

“I am the SILG (Secretary of the Interior and Local Government) [but] I was not aware of this operation [that] involved 400 policemen,” Roxas said.

Napeñas, known to be a trusted subordinate of Purisima, said he had “recommended” to Mr. Aquino to inform the military in the area about the police operation.

A former SAF commander, who asked not to be named due to the sensitivity of the issue, said the animosity between Purisima and Roxas was to blame for what could be the worst debacle in the history of the police commando unit.

The source also claimed that Purisima “directed” the botched police operation by “remote control” from his office at Camp Crame, the PNP national headquarters in Quezon City.

“Purisima had long suspected that Roxas was behind his suspension. He kept the intelligence report about Marwan to himself because he wanted all the accolade if the operation would be successful,” the source said.

“Now that it resulted in a black eye for the PNP, will he be man enough to admit his mistake? His immediate superior is Mar Roxas, being the secretary of the DILG (Department of the Interior and Local Government). It’s a mortal sin for him to keep the operation secret from his immediate boss,” the source added.

The source, who served as SAF commander for more than two years, recalled the sacrifices that an SAF trooper had to undergo to become a full-fledged member of the elite police unit.

He said many of the SAF troopers who were deployed to Mamasapano were also sent to repel the Moro National Liberation Front (MNLF) fighters who tried to occupy Zamboanga City in 2013.

“The men who were mercilessly slaughtered in Mamasapano were among the bravest and most principled officers I’ve known in the PNP. Many of them trained with me. I’m a witness to all their sacrifices,” the source said.

“They did not deserve to die that way. The government may regard them as heroes now. But they could have done more for the country if not for the selfish reasons of Purisima and other individuals,” he said.

“This is the time for Mar Roxas to show what kind of leader he is. The SAF troopers and their families don’t need lip service. What they need is concrete action from the government,” he said.

Said the source: “Our laws say there should be only one police force in the country and that is the PNP. Why should we ask permission to enter our own territory?”