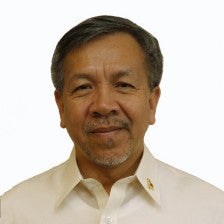 MANILA, Philippines–Trade Secretary Gregory Domingo has been threatened with a string of legal suits by a multisectoral civic group, which cited the Department of Trade and Industry’s (DTI) alleged neglect of its duty to significantly reduce vehicle emissions under the 1999 Clean Air Act (Republic Act No. 8749).

The Coalition of Clean Air Advocates Philippines (CCAAP) has blamed the DTI as well the Department of Transportation and Communications (DOTC) for the unabated air pollution, especially in Metro Manila, as a result of its failure to strictly enforce mandatory vehicle maintenance and inspection laws.

The group, quoting a report by the Department of Environment and Natural Resources (DENR), said controlling vehicle emissions would improve air quality since 80 percent of the air pollution in Metro Manila was caused by smoke-belching vehicles.

“The air that we all breathe in Metro Manila and in some of our urban centers have consistently reached an internationally unacceptable air quality level and poses a clear and present danger to human health,” CCAAP chair Leo Olarte said in a letter to President Aquino last November.

He said the latest total suspended particulates reading of the air in Metro Manila in the first half of 2014 was 136 ug/Ncm, when the World Health Organization set the acceptable standard at 90ug/Ncm.

CCAAP president Herminio Buerano Jr. said the group was preparing its legal cases against the DTI on behalf of air pollution victims.

He said that even as the vehicle inspection and emission testing of the DOTC’s Land Transportation Office was riddled with loopholes, the DTI for the last 15 years never came up with a national maintenance program requiring periodic checks for all motor vehicles.

“We have to resort to legal action because nothing is changing. Our group started in 2009. We want to tell everyone that they have the right to clean air,” Buerano told the Inquirer.–Dona Z. Pazzibugan