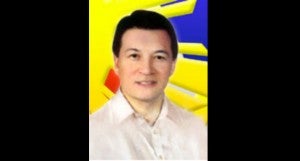 MANILA, Philippines—Bulacan Gov. Wilhelmino Sy-Alvarado and 21 other provincial officials and private individuals are facing criminal and administrative charges in the Office of the Ombudsman over the alleged procurement of P1.7-billion worth of medicines and construction materials last year without public bidding.

Councilor Jocylina Casimiro of Norzagaray, Bulacan, brought graft and administrative cases against Alvarado and the others for allegedly violating Republic Act No. 3019, or the Anti-Graft and Corrupt Practices Act, and R.A. No. 9184, also known as the Government Procurement Act.

“The actions taken by the respondents are beyond their mandated functions and they should be held liable for such acts there being evident bad faith, malice and gross negligence, considering that the violations were already constituting a pattern,” Casimiro said in her complaint.

According to Casimiro, the respondents purchased drugs and construction supplies worth P154.7 million in 2014 by “splitting requisitions” from “few favored contractors and suppliers” using 300 questionable vouchers.

She said the officials split the transactions into smaller amounts to avoid conducting public bidding as required by law.

Under the law, government purchases amounting to P500,000 or more should be offered to registered suppliers through a competitive public bidding.

As early as 2013, Casimiro said the Commission on Audit had already warned the Bulacan provincial government against purchasing supplies through shopping and splitting of transactions.

She said the state auditors also discovered that the provincial government bid out 80 infrastructure projects “in haste” in 2012.

In its 2013 audit report, she said the COA noted that Bulacan bought P328.8-million worth of supplies in the first six months of 2013 and spent another P648.5 million in the remaining six months of the year without bidding.