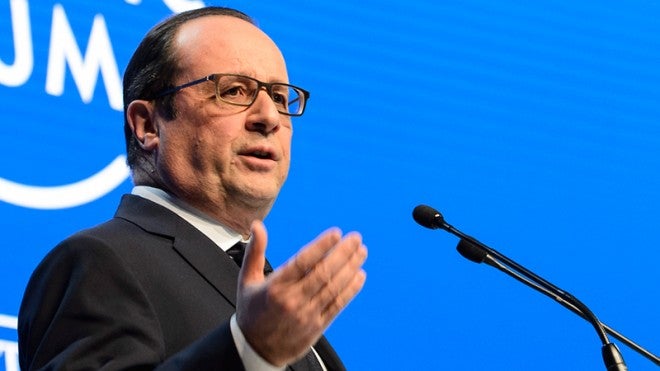 Hollywood A-listers, global leaders and United Nations officials are expected to join the official delegation of French President François Hollande when he visits the Philippines next month in a concerted effort to press for urgent action to combat climate change.

A list of VIPs being drawn up by Élysée Palace, the official residence of the French president, for the historic visit was obtained by the Inquirer on Friday.

It shows a large official delegation of Hollande, the very first French leader to visit the Philippines in February.

Topping the famous actors on the “tentative list of VIPs likely to be invited to the climate trip” of the French President are celebrated filmmaker-actor George Clooney, one of Hollywood’s sexiest, who also happens to be a political activist; and environmental activist Leonardo di Caprio, one of Hollywood’s highest paid actors.

Didier Drogba, Ivorian football star who now plays for Chelsea in the Premier League; and Richard Branson, entrepreneur and founder of Virgin Group.

The French government is assembling a high-level delegation of global climate advocates to highlight the significance of Hollande’s visit to typhoon-ravaged Philippines.

Malacañang has not announced the date of the visit but a report by Agence-France Press said details of Hollande’s visit on Feb. 26 and 27, which includes a bilateral meeting with President Benigno Aquino III, are still being worked out.

Besides the usual bilateral and trade talks during the “climate trip” of the French president, Hollande will make the Philippines a key ally in the climate change talks to be held in Paris in December, said Sen. Loren Legarda, the UN Champion for Disaster Risk Reduction and Climate Change Adaptation for Asia-Pacific. 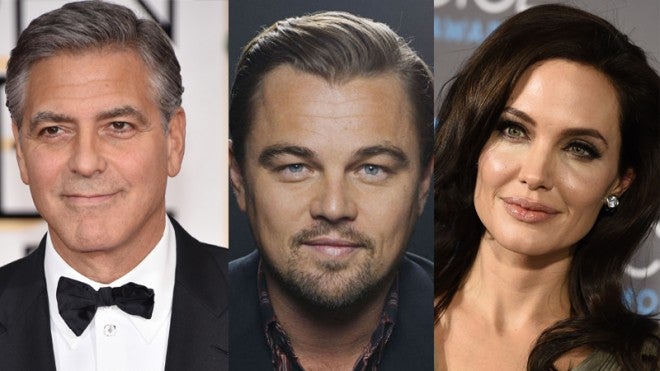 A report by AFP said the French leader will visit the Philippines “to build momentum for crucial climate change talks that France is hosting this year.”

Quoting Nicolas Hulot, Hollande’s environment envoy, the AFP said: “Hollande hopes his visit would give a human face to climate change, as the Philippines bears the brunt of dozens of deadly storms every year, including the strongest on record, Supertyphoon ‘Haiyan’ (local name: Yolanda) in November 2013.”

In an interview on Saturday, Legarda confirmed that “known personalities” who are climate change advocates like her would be invited by the French government.

Hulot paid a call on the senator, who chairs the Senate climate change committee, on Thursday.

Hulot, who is the French President’s “Special Envoy for the Protection of the Planet,” was accompanied by French Ambassador to the Philippines Gilles Garachon and select Elysee Palace officials.

“Indeed, there are plans to invite prominent climate personalities such as Al Gore and Schwarzenegger to lend support to the climate talks between the two heads of state who are expected to deliver a joint statement on climate change for urgent climate action,” said Legarda.

She was referring to Presidents Hollande and Aquino who, as part of protocol, will meet in Malacañang during the state visit.

“Everything is still being worked out,” said Legarda.

Asked what she and Hulot talked about during the courtesy call, she described the call as a very “lengthy and animated discussion on climate change.”

“Hulot and I, along with the Elysse Palace officials, had a very animated and very fruitful talk on how to make COP21, which France is hosting this year, successful. We agreed that the time for talk (climate debate and negotiations) is over, and we agreed that climate action and cooperation is needed,” she said.

COP21 refers to the 21st annual session of the Conference of Parties (COP) to the UNFCCC, an international treaty adopted during the Earth Summit in 1992 to stabilize greenhouse gas (GHG) concentrations in the atmosphere.

The conference’s main objective is to achieve a universal accord to drastically cut down carbon emissions that are being blamed for global warming.

Hulot told the senator that Hollande was “very keen on working with the Philippine government to ensure that the COP21 … will be more than just the usual climate talks as it should compel nations to carry out urgent climate action.”

In response, Legarda told the French environment envoy: “We appreciate the aggressive stance of France in reducing GHG emissions, fully understanding the vulnerabilities of countries like the Philippines. Hulot personally invited me to COP21. In his own words, ‘you should be at the center of the COP21 talks.’”

Unlike other failed climate talks, COP21 is very significant, according to Legarda.

“Much-needed breakthroughs in climate talks are expected in COP21 so that decades of (protracted) talks are translated into action. COP21 will test the sincerity of industrialized nations to live up to its emission-reduction commitments,” said Legarda.

Amid the world’s carbon-intensive economies, she warned that the planet was “reaching the point of irreversible decline where a 2-degree Celsius rise in temperatures would mean the possible extinction of one-third of the planet’s species, which could trigger an ecological disaster.”

“We’re also nearing the limit of the carrying capacity of our planet. The carbon budget for our planet, if fully exhausted, will spell an ecological disaster for all. So results of COP21 in Paris will spell either the survival or doom of humankind,” she said.

Legarda is expected to play a key role during Hollande’s visit, as she is chiefly responsible for making sure that talks during the visit would go beyond the traditional bilateral and trade issues between Manila and Paris.

“Surely, the visit will focus on climate change, the most pressing issue of our times,” she said, stressing that Hollande’s forthcoming visit will tackle the Philippine-French cooperation on climate action.

France is moving towards a green economy and sustainable development. One of its aims is to halve French consumption on fossil fuels by the year 2050 as part of its commitment to reduce greenhouse gas (GHG) emissions.

“On the other hand, the Philippines has been working towards resilience as it is greatly vulnerable to natural hazards and the effects of climate change. These realities make a good formula for climate cooperation between the two nations,” she said.

Island-nations such as the Philippines, which is a very low emitter of greenhouse gas, bears the brunt of climate change.

France is supportive of the Green Climate Fund, calling on industrialized nations to assist developing countries in reducing the risks and coping with the impacts of extreme weather events, while reducing its own GHG emissions.

In Paris, negotiators hope to cut a deal to limit global warming to no more than two degrees Celsius (3.6 degrees Fahrenheit) over pre-industrial levels, averting what could be potentially catastrophic damage to the Earth’s climate system by the turn of the century. With a report from AFP