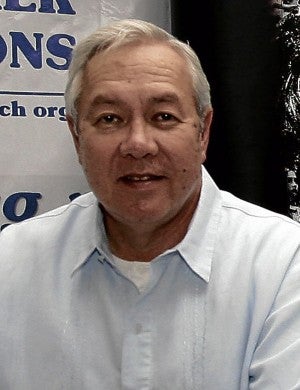 MANILA, Philippines – A review of the Social Weather Stations’ surveys in the past year shows that public perception of the government and its performance has been “quite decent.”

However, it pointed out that poverty indicators remain almost the same as a decade ago.

“The quality of national governance in 2014 was quite decent,” SWS president Mahar Mangahas said in a public presentation on Wednesday.

“In all, they are what I would call decent. What we should be proud about,” he said of the figures, most of which remain within the band of “good” or a score of +30 to +49.

Mangahas presented data from their past surveys, focusing on their four national surveys in 2014 for March, June, September and November.

As an example, Mangahas said President Benigno Aquino III’s net satisfaction rating fell below the “good” range only once and has since recovered.

“He’s in very safe territory, the Vice President. Yes he had a big drop. But that’s not dangerous…considering what happened in the past,” Mangahas said. However, he warned against the possibility of further falling, similar to what had happened to former vice presidents Salvador “Doy” Laurel and Gloria Macapagal-Arroyo.

Satisfaction with institutions, such as Congress and the Supreme Court, was also “moderate” (+10 to +29).

The SWS president also pointed out that despite the negative reports from media, government efforts in helping victims of disaster still has the best grade among specific issues.

“It has nothing to do with resources. I think it has to do with…sincerity to help the victims. There’s no doubt about their sincerity so they are always high,” he said.

Mangahas said the score has been consistent not just with the efforts in the recovery of areas hit by super typhoon “Yolanda” (Haiyan) but also other calamities.

“Our government has traditionally done well…highly appreciated and in all disasters, not just the last giant disaster. Even in the past administration, this is the case,” he added.

Mangahas said the survey results for poverty remain roughly the same as it was in 2004.

“We haven’t had a clear downward trend in the past years,” he said, adding that the government also lost ground because of Yolanda.

He said there is also “flatness” in the survey results for food poverty.

In her response speech, Social Welfare Secretary Corazon Juliano-Soliman acknowledged that “poverty is a continuing challenge.”

Mangahasa said that nevertheless, the “people’s grade for (the government’s efforts in) helping the poor is still Good, though not as high as at the start of the honeymoon (period with Aquino’s administration).”

12M families say they are poor in latest SWS report