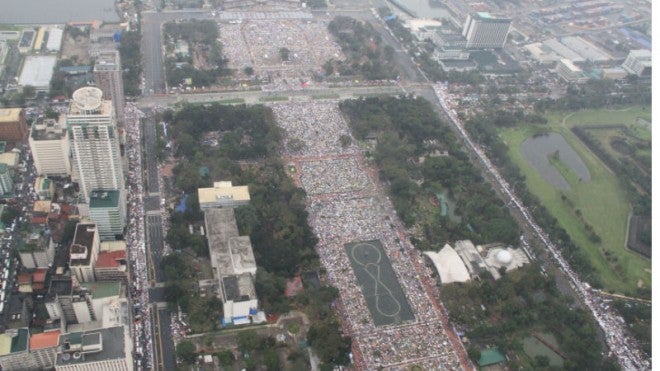 “As of 5:30 p.m., MMDA official crowd estimate is 6M people gathered in Luneta Mass and papal route,” the MMDA said on its official Twitter account. 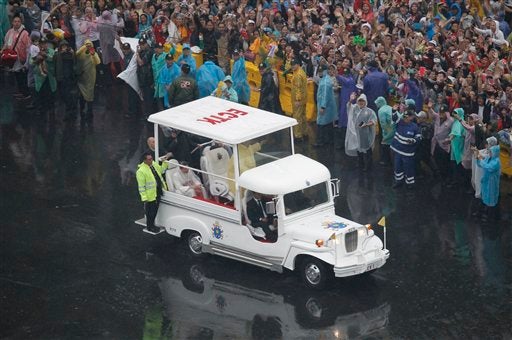 Pope Francis waves to the faithful as he arrives at Rizal Park to celebrate his final Mass in Manila, Philippines, Sunday, Jan. 18, 2015. AP PHOTO/Wally Santana

The said Mass is the Pope’s third and final in the Philippines after celebrating Masses for the religious and clergymen at Manila Cathedral on Friday and for the victims of Supertyphoon “Yolanda” in Tacloban City in Leyte province on Saturday.

MMDA Chair Francis Tolentino said over dzBB the six million people who turned up for the Mass of Pope Francis on Sunday exceeded the number of attendees who showed up for St. John Paul II’s World Youth Day Mass in Manila in 1995. 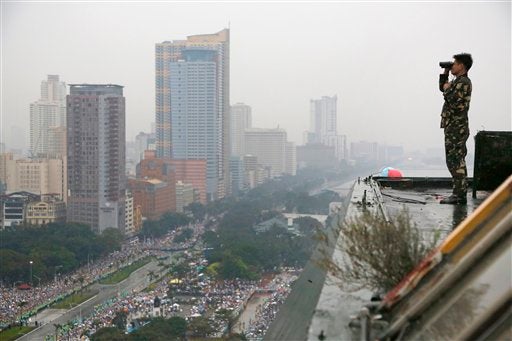 A military scout watches the motorcade of Pope Francis as he arrives at Rizal Park to celebrate his final Mass in Manila, Philippines, Sunday, Jan. 18, 2015. AP PHOTO/Wally Santana

Twenty years ago, five million people showed up during the Mass officiated by St. John Paul II in Luneta.

Pope Francis is set to depart for Vatican City on Monday morning after a five-day visit to the country.