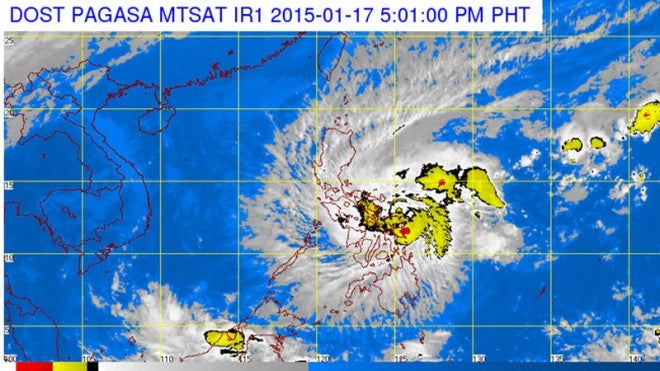 In its 5 p.m. weather bulletin, the Philippine Atmospheric, Geophysical and Astronomical Services Administration (Pagasa) said Amang has maximum sustained winds of 100 kilometers per hour and gusts of 130 kph while tracking a northwest path at 19 kph.

Pope Francis was in Leyte Saturday morning to celebrate Mass with the survivors of Supertyphoon “Yolanda.”

His Holiness had to leave Visayas at 1 p.m., instead of 5 p.m. in the original schedule, after the pilots warned of strong winds and heavy rains. 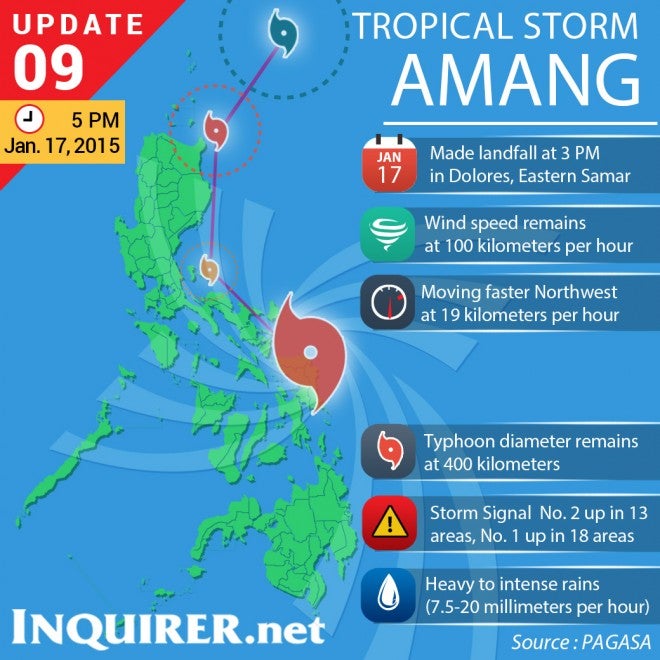 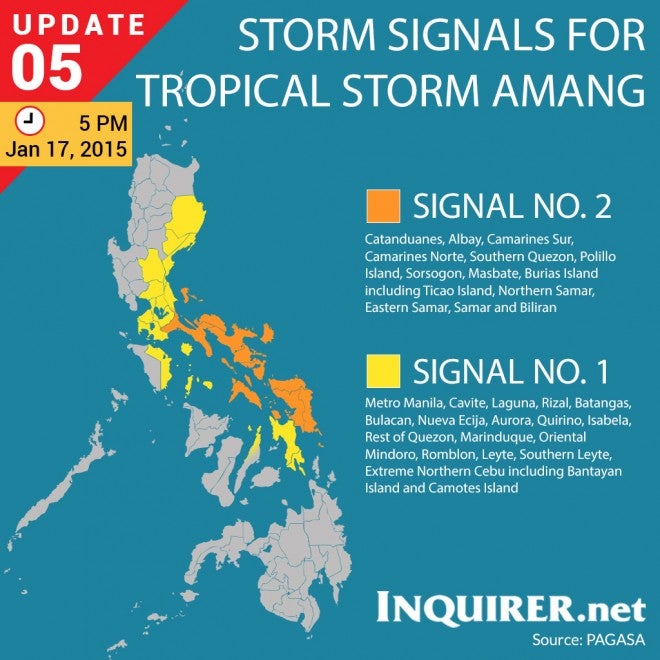 Francis in Tacloban: ‘It was God’s way of making the Pope feel as we felt’