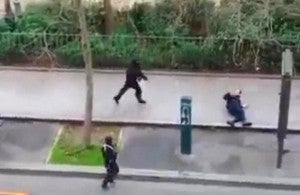 KABUL, Afghanistan–The Afghan Taliban on Thursday condemned the publication in France of further cartoons of the Prophet Mohammed, and lauded last week’s deadly Islamist attack on the Charlie Hebdo magazine office in Paris.

A statement from the group said they “strongly condemn this repugnant and inhumane action and consider its perpetrators, those who allowed it and its supporters the enemies of humanity.”

It added the gunmen who killed the magazine staff on January 7 were “bringing the perpetrators of the obscene act to justice.”

NUJP on Paris attack: ‘No mode of expression deserves death’