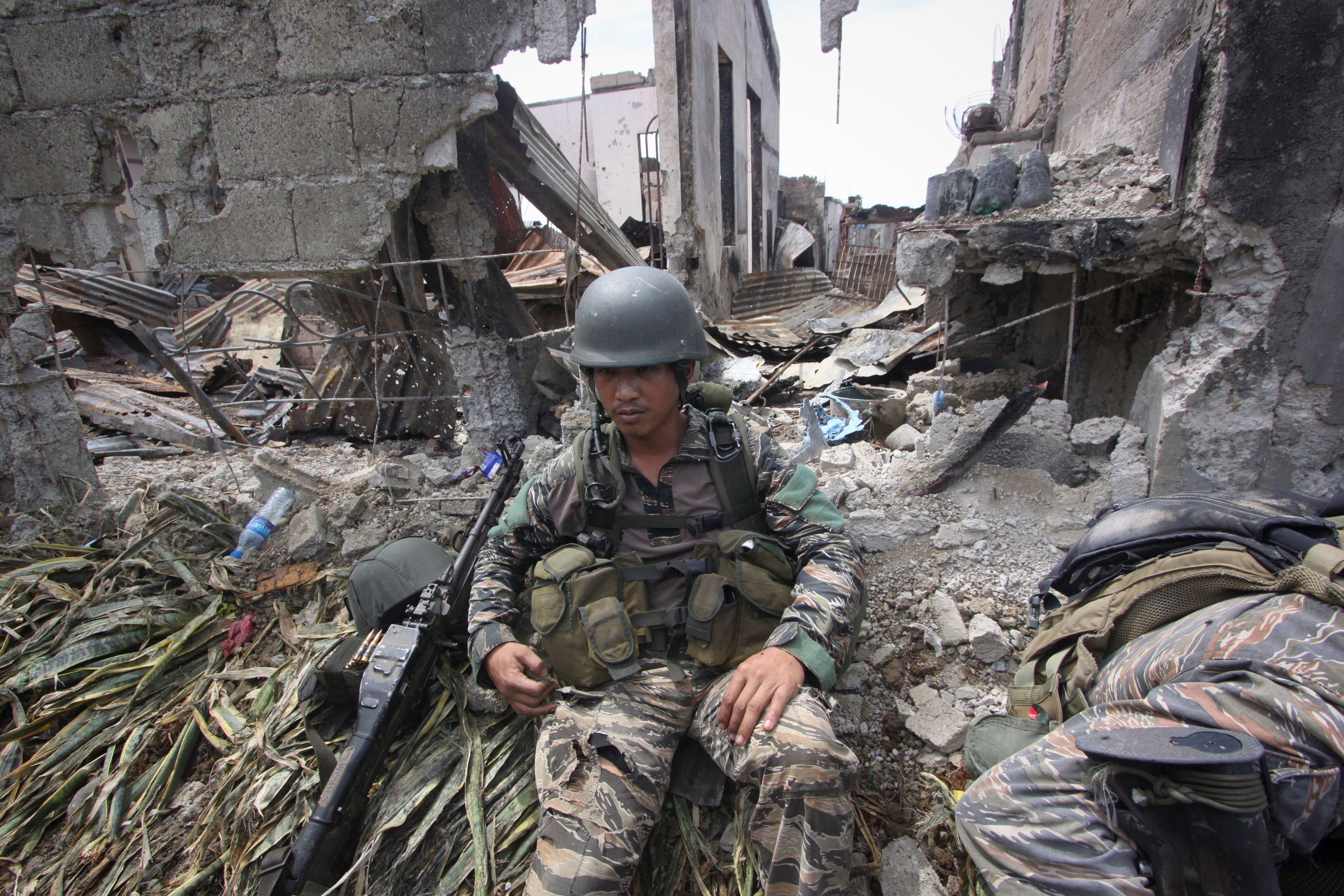 These are the three main requests of the internally displaced families in Barangay (village) Santa Catalina here. They lost their homes in September 2013, at the height of the government operations against fighters of a faction of the Moro National Liberation Front that attempted to take over government installations to protest delays in the implementation of the 1996 peace agreement signed by the MNLF with the Philippine government.

“All we need is for Pope Francis to include us in his prayers so we can have peace, and so we can have good health,” Editha Jalao, who lost everything during the 23-day siege in September 2013, said.

Jalao was among the thousands who lost their homes to the fighting between government forces and the MNLF.

“It took us a very long time to recover. We transferred from one place to the other, running short of whatever we have saved. We fervently hope that Pope Francis will include us in his prayers,” Jalao said as she held to an image of the Child Jesus.

Jenny Baguasan, 38 and a mother of seven children, asked Pope Francis to help “bring peace between Christians and Muslims.”

“I pray that he will call on all those groups with firearms to put them down and live with other faiths in peace,” Baguasan said, adding that some of her Muslim neighbors helped them at the height of the fighting.

“I am very grateful to them and I feel so sad whenever I hear stories about Christians and Muslims fighting,” she said.

“If we want peace, we might as well appeal to people to throw away guns because guns are the main cause of trouble,” she added.

Another resident, single mother Esterlita Carcueva said: “All we need is for him to bless the IDPs (Internally Displaced Persons). Blessing the Typhoon Haiyan IDPS is also like blessing us IDPs here.”

Jalao, Baguasan and Carcueva were among the 19 families who moved to their permanent housing units in Santa Catalina village on Wednesday.

Salazar joined the IDPs in wishing that Pope Francis “would pray for our city.”

“We may not be able to see him in person but we sent some representative evacuees so they can meet the Pope in person,” she said.