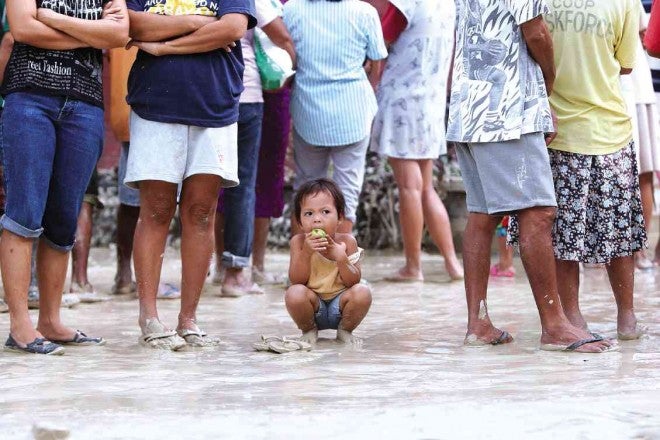 A GIRL eats guava as she waits for her parents to get food ration from the local government of Ronda in Cebu, one of the areas worst hit by Typhoon “Seniang.” TONEE DESPOJO/CEBU DAILY NEWS

MANILA, Philippines—The Department of Social Welfare and Development (DSWD) is continuing its assistance to victims of Typhoon “Seniang,” particularly in the Visayas and Caraga regions.

As of Thursday, the agency has provided a total of 33,443 family food packs and 4,000 nonfood items through local government units in the affected regions.

In a statement, the agency said all evacuation centers have been closed as the evacuees had already gone back to their homes.

In Central Visayas, the DSWD has given 8,846 food packs and food items such as water and biscuits.

In Barangay Mercedes, Catbalogan City, Samar, where  21 people were killed in a landslide on December 30, the DSWD gave P10,000 to each affected family.

This is aside from the P5,000 cash assistance to the eight people from the same town who were injured during the wrath of the typhoon. The lone fatality in Calabian town was also given cash assistance.

After ‘Seniang,’ blame game goes on between mayor, DSWD

‘We prepared for Ruby, not Seniang’