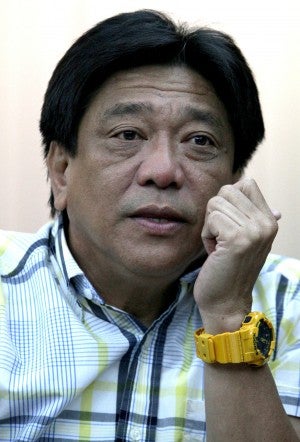 MANILA, Philippines – Agriculture officials closed ranks, on Thursday, in support of Secretary Proceso J. Alcala, who denied “any involvement in any illegal act” as his name has been dragged again into a controversy, this time in relation to a garlic price spike.

According to a report of the National Bureau of Investigation, at least P200 million was paid to officials of the Bureau of Plant Industry — BPI, an agency under the supervision of the Department of Agriculture — in exchange for permits to import garlic over the past five years.

The NBI probe stemmed from a price spike in mid-2014 that saw the price of a kilo of garlic skyrocketing to as high as P300 a kilo. Prices are currently within the range of P80 to P100 a kilo, according to DA monitoring.

The DA “considers the investigation and the process as an opportunity to finally address the problem and to fully implement the reforms that we have introduced to protect the local garlic industry against unfair trade practices,” Agriculture Undersecretary Emerson U. Palad said in a press briefing.

Palad, who is the DA spokesperson, said that with charges being filed before the Office of the Ombudsman and the Department of Justice against those believed to be involved in a garlic cartel, accused BPI officials and others could now face and respond to the allegations.

“Nowhere in the NBI report does it say that the Secretary is being accused of benefiting monetarily [from garlic importation],” he added.

Alcala denied having exerted any influence to favor any business interests in the issuance of quarantine clearances, which serve as a requirement for the importation of garlic.

“I am very sure that I have not done any irregularity nor will I ever do anything like that,” Alcala said.

In a sworn statement, garlic importer and whistleblower Lilybeth Valenzuela said that former BPI director Clarito Barron told her an importer must have connections to Alcala in order to secure a permit.

“That is her opinion and she must prove it,” Alcala said. “In due time, it would be my turn to [go to court] and I will do so because I cannot ignore accusations that ruin my reputation.”

The approval of the quarantine clearances rests with the bureau, according to Paz Benavidez II, the current BPI director.

“The BPI director is the final authority,” Benavidez said. “The decision does not go up to the Secretary’s office.”

She added that she was not aware of any cartel thriving under the BPI’s system.

Barron, the BPI chief when the price spike occurred, was transferred in July 2014 to the DA’s field operations office after agri-business groups called for his resignation.

Palad, who heads that office, said there was then no reason to sack Barron since he was not facing any formal case at that time.

“Whatever happens from now, in relation to Barron, should be in compliance with rules since he is also protected by law,” he said.