Kalalunggay tart is a winner with young judges | Inquirer News

Kalalunggay tart is a winner with young judges 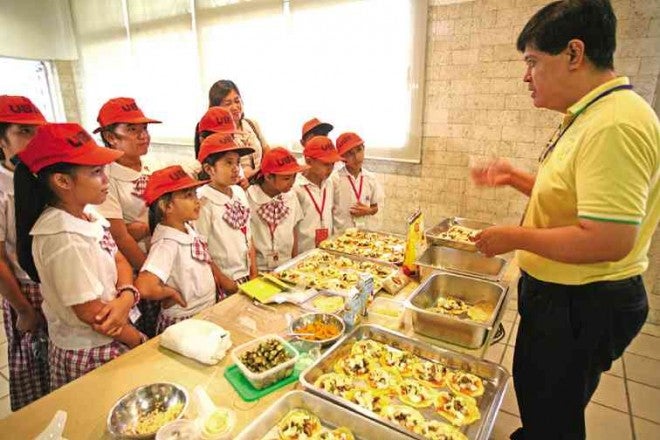 Public school students listen to the coach talk about one of the entries. 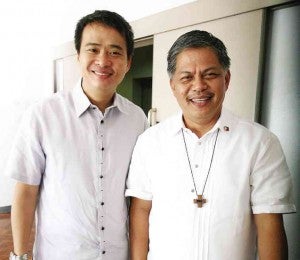 The tart bested seven other dishes in the competition.

Organized by the Department of Education (DepEd) and Tesda, the contest aimed to promote the serving of vegetables and other healthy alternatives in public school canteens.

As part of the cooking challenge, participants had to use vegetables usually produced by public schools like eggplant, kangkong, chili, pechay, mushrooms, upo, squash, malunggay and kamote.

Judges were 100 randomly selected grade school students from all over Metro Manila. They were given play money to “buy” their chosen dish from among the entries. 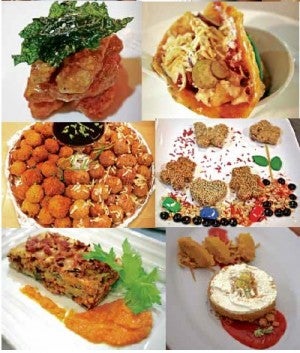 “Her kalalunggay tarts, which sold for P7 each and were her entry in the competition … helped her get her education,” Education Secretary Armin Luistro said.

He said public schools had prohibited students from buying soda and junk food, “but unless we present them with proper alternatives, we won’t be able to feed these kids properly.”

The competition was not like the usual cook-offs where professionals or adults critiqued the entries, Luistro said. “Here it’s the children who voted for [the winner].”

Criteria for judging were price, taste and presentation.

Joel Villanueva, Tesda director general who admitted he did not like vegetables very much, said he liked the dishes whipped up by the contestants.

“I learned that I could eat food with vegetables without actually tasting the vegetables,” Villanueva said.

Second- and third-prize winners were Milathel James Borja of Tesda Women’s Center and Heidi Reodica of Center for Advanced Training in Food and Beverage Services, respectively. 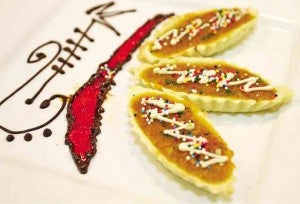 “Kalalunggay” tarts won the hearts of the public school kids.

Aside from “Get Your Gulay On,” the DepEd and Tesda have partnered in several programs to provide support for students in need.

“We are looking forward to a lot more of these tie-ups,” Villanueva said. “As Brother Armin said, … it is not just about showcasing the students’ skills but also [giving] them a chance to be more innovative and creative so they will fit in what is asked by their target market.”

“I’m so proud of our running programs because we have a lot of living testimonies that can prove that. When it comes to competencies, we salute Filipino workers,” he added.

“The skills I have learned will become a good foundation for my future, and winning the contest is only the start of my achievements,” she said.